Seán Moran: Pressure building at all levels in the intercounty game

Dedication to excellence is fine but what sustains those with little hope of achievement? 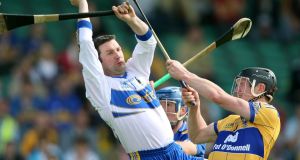 Among the insights to be acquired at the GAA’s games development conference at the weekend was simply the dedication needed to flourish at the top of elite sport – regardless of whether it’s amateur or professional.

The dichotomy came occasionally into focus: Leinster rugby coach Stuart Lancaster said that he had operated in his game before it went professional in 1995 but that he had been given an opportunity to play professional and took a sabbatical from school teaching to give it a try.

In another presentation, former Galway hurler Tony Óg Regan explained that he had decided to make a career move in his late 20s, from accountancy to sports psychology so that he could align his occupation with a sports involvement.

That desire to specialise in sport as a full-time pursuit is nothing new. At the launch of the Gaelic Players Association in Belfast in 1999, a colleague did a straw poll of those present: would they like to be professional footballers or hurlers?

Unsurprisingly, the vast majority said that they would, presumably seeing in the question the offer of being paid for they currently did anyway as well as the possibility of making what for some is their most conspicuous talent into a livelihood.

Twenty years on and that sense of “pay-for-play” possibility, which some players nurtured in the early years of the GPA, may have dissipated but the pressures surrounding it have not.

Tommy Walsh recounted how any efforts by the Kilkenny hurlers to go Spartacus with manager Brian Cody met with the latter’s incredulity as to how anyone fortunate enough to be involved with a leading county panel could be in any way dissatisfied with their lot.

“We’d go in wondering how much we could get,” said Walsh, “and come out feeling like we were the luckiest lads in the world.”

For a more intense contemplation on the world of elite Gaelic games there was Brendan Cummins’s address on “The Search for Perfection in Sport”. The former Tipperary goalkeeper had a lengthy career of 18 years.

Whereas Walsh’s accepted view of playing was that getting dropped would signify time to go, Cummins viewed the controversial interruption to his career – when dropped in 2007 – as the opportunity to prove himself, “the best sub goalie that Tipperary ever had”.

Ordinary people don’t know what you’re doing,' Cummins said at one stage in something of an understatement

You bear in mind that goal keeping is a solitary task to start with – isolating and creating several forms of pressure –but even so, Cummins laid out a schedule of constant involvement, self-questioning and preparation, including cryotherapy sessions days before a big match, taking a half-day on the Friday on such a week so that he could get the feel of the sky overhead at match time in the mid-afternoon rather than be stuck indoors at a desk.

He disciplined himself to play “the happy tape” in his head, devised strategies for reducing his consumption of chocolate, privately made motivational videos of himself when experiencing “highs”, such as on All Stars night and challenged himself to be able to endure leg stretching exercises designed to improve flexibility.

“Ordinary people don’t know what you’re doing,” he said at one stage in something of an understatement.

Cummins was hugely well-known but his medal collection – two All-Irelands – wasn’t the fruit-machine pay-out of Kilkenny contemporaries. His career had enough peaks though to nourish that commitment.

That’s fine for players who can harbour such ambitions but what drives the vast bulk of inter-county participants? GAA rules make it very hard for top-class players to gravitate to top-class teams. Its ethos is like international sport where your provenance defines your prospects.

Two years ago the proposal that graded championships be introduced to football to create more realistic competition had so few takers that it wasn’t even debated. The most unyielding opposition came from the counties presumed to be the likely beneficiaries.

A typical example was last year’s Carlow captain Darragh Foley. Speaking at the 2017 championship launch – and this was before the county’s heroics in the qualifiers – he said of the impending season and the current structures.

“We’re happy enough with the way it is and looking forward to the challenge this year. We’ve seen counties like Longford beating Monaghan last year and those kind of results that no-one would have seen. We’ll try and take a giant killing if we can.”

It was a great attitude and presumably fed into the county’s longest championship run in decades but can that continue to be the template?

If the coaching conference proves anything it’s that the science and dedication involved in preparing for matches has intensified at all levels. The GAA now provides busy and demanding seasons for all counties. It’s not like 30 years ago where fixtures meandered through the year and once you lost a championship match, it was all over.

Elite players with elite teams will continue to chase the rainbow but they will also want to dedicate more and more of themselves to that pursuit even if we accept that professionalism or semi-professionalism isn’t on any immediate agenda.

And what sustains others through the grind and demands when there is no glittering achievement on the horizon?

Maybe it’s all at equilibrium and if so, just as well because the clock can’t go backwards.