Seán Moran: Points to remember if the football championship is to end in tiers 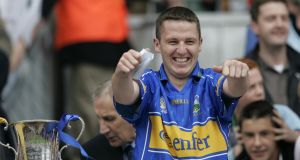 The All-Ireland ‘B’ final of 1994 is probably such a persistent memory because of the sadly untimely death some years later of then Carlow manager Bobby Miller.

Afterwards on the pitch two women went up to him and in vaguely devotional terms said: “Congratulations. We don’t know you but we’re followers”.

This was in the heyday of the competition. The final was played in November between Carlow and Westmeath. Miller, a former Laois Railway Cup footballer, had already had a major impact in Carlow by bringing county champions Éire Óg to within a whisker and a replay of winning the club All-Ireland.

There were 8,000 spectators in Tullamore and great celebrations. Earlier in the decade, Leitrim (1990) and Clare (1991) had won the title and gone on to win historic provincial championships in the years that followed – Leitrim in 1994 for the first time since 1927 and Clare in ’92 after a 75-year gap.

As the prospect of a Tier 2 championship comes strongly into focus after last week’s meeting of counties likely to be involved, it’s worth remembering the lessons of the past and the challenges that have always faced the introduction of graded competitions.

Despite its underwhelming title, the ‘B’ All-Ireland had one thing going for it in its early days; counties were interested in contesting it and the public was reasonably engaged, probably in both cases because it was seen to mean something.

That state of affairs didn’t however last and even before Fermanagh beat Wicklow in the 2000 final, and with the newly-endorsed All-Ireland qualifiers in the offing as well as the shift to a calendar year, the competition had been discontinued.

The introduction of the Tommy Murphy Cup in 2004, on the initiative of then GAA president Seán Kelly, was a genuine attempt to recapture the best of the old B competition with the difference that it would run through the summer and not the winter. There were the best of intentions in relation to providing a high profile for the competition but these slipped.

Croke Park dates involved opening triple-header bills at midday or as Wicklow Central Council delegate Martin Coleman colourfully put it, “with no-one but ourselves and the seagulls watching”.

What put additional nails in the coffin was the move to direct Division Four counties into the Murphy Cup instead of the qualifiers once they had been beaten in the province. That created resentment towards the competition, which was scrapped in 2008.

At last week’s meeting, although the sense was that the counties favoured the Tier 2 kicking in as soon as a county had been eliminated from the provincial championship, a number of players who spoke were keen for the team to last as long as possible in the senior championship – in other words not to be diverted into Tier 2 as soon as they lost in the province but to get a go at the qualifiers.

The fact an average of one county a year from the bottom half of the league has qualified for the last eight of the All-Ireland would be more likely seen as encouragement, as in the circumstances, a one-in-eight or 12.5 per cent shot seems just about right.

Over the last 18 years, the qualifiers have provided more in the way of memorable days for less successful counties than the provincial championships, which apart from the early victories of Laois and Westmeath, have provided a tight circle of established winners.

The psychology of these things is also difficult with counties having been brought up to believe that they are entitled to a shot at the main competition. It’s not like hurling many of whose counties have never competed at elite level and are therefore comfortable with graded championships.

It’s not always easy to change those attitudes.

Another apprehension about a Tier 2 competition is the problem of profile and it isn’t easily solved. For media, a graded championship is just that and footballers are conscious that coverage of equivalent competitions in hurling, the Christy Ring and more lately the Joe McDonagh Cups hasn’t been extensive.

One way of approaching it is already under discussion and that is to isolate a blank Sunday in the summer by moving a qualifiers programme to the Saturday. Looking back at the coverage given to the Division Three league final played earlier this month having been postponed from the end of March, the power of an otherwise empty schedule is obvious.

If the semi-finals could somehow get a stand-alone slot in Croke Park, then they would get coverage and the final could be a curtain-raiser for an All-Ireland semi-final.

There will obviously be questions as to how easily that can be done in an ever-contracting calendar but it is likely to be imperative if the concept is to work.

Above all it will require a deep breath and an insistence that the structures operate for a number of years.

There is nothing unfair about asking teams to ‘earn’ their way to the top table, once they have been given an opportunity to compete for the Sam Maguire – counties in the lower half of the league won’t be required to enter Tier 2 if they reach their provincial final, a dispensation that would have covered Laois last year.

Fermanagh also reached a provincial final but, having been promoted from Division Three would probably have been categorised as a Division Two team, as current thinking is that, for instance the 2020 league rankings would govern the 2019 championship and so on.

Tier 2 makes sense but when or if it goes ahead, the competing counties will have high expectations and delivering on them will be challenging.