Tipperary delight in their very own D-Day, while mood in Rebel County is one of apathy 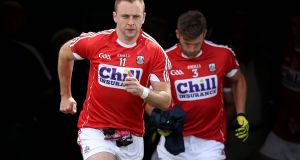 It doesn’t have to be the case but generally the – increasingly rare – championship shock is a zero-sum game: great joy mirrored by profound despair.

Tipperary’s defeat of Cork has been well earmarked as the county’s first success against those opponents in 72 years exactly, this coming Saturday – for historical context, that last victory happened on the same weekend as the Allies sealed off the Cherbourg peninsula in the biggest military success since D-Day, a fortnight previously.

It means that Cork have now lost to three of the four traditionally less successful counties in the province in the past 20 championships: Clare, Limerick and now Tipperary.

“Only Waterford to go,” according to one gloomy Corkonian.

It was also the first time since 1922 that Tipperary have achieved the championship double against Cork, following on from last month’s spanking of their great hurling rivals.

The mood in Cork is apparently one more of apathy than anger. While the footballers have always tended to do their business in private as far as the county at large is concerned, historical setbacks like this can’t be swept under the carpet; and taken in tandem with the hurling defeat, it is seen as part of a grim current reality.

There’s no point in citing Tipperary’s incremental improvements this decade or the fact that it took a deus ex machina appearance off the bench by Aidan Walsh two years ago for Cork to win the previous championship meeting of the counties.

The context this year was that Tipperary had suffered a haemorrhage of quality players from the panel and had spent spring flirting with relegation in Division Three, whereas Cork, although they actually had been relegated – a little unluckily – from the top flight of the league, had come within seconds of winning the Munster final last year against Kerry in Killarney.

A Cork source estimates that Sunday’s crowd was mostly from the visiting county; a competing view from the home side is that the numbers were closer to 50-50. Given the presence in Thurles of just 2,734 hard-core spectators, let’s not fight over the specifics, but clearly Tipp, no more than their opponents, didn’t see the upset coming either.

There is now high anxiety in Cork about the direction of the county in both hurling and football.

The county’s coaching officer Kevin O’Donovan made a thoughtful and well-received speech at the most recent county board meeting.

Reported in The Examiner, it addressed the hurling situation, just a few days after the Tipperary defeat.

“It’s something I have asked myself ever since we were well-beaten by Kilkenny in the 2010 All-Ireland semi-final – is Cork hurling in crisis?” he said.

“I didn’t think it at the time, but, walking through the square in Thurles on Sunday, seeing the supporters with their tails between their legs, I realised that yes, it is.

“There was no anger, nobody giving out about the referee or anything, I only heard apathy, people saying that’d need never support Cork hurling again, that it’s finished.”

O’Donovan’s proposals for the appointments of directors of both football and hurling in the county won’t have lost their currency in the wake of last weekend. In arguing the case, he emphasised that the current impasse hadn’t come about overnight but that the lack of joined-up thinking in the development of players, as well as his concerns about strength and conditioning provision, was ultimately impacting on senior county teams.

Coincidentally, Tipperary manager Liam Kearns had previously engineered a surprise defeat of Cork when in charge of the desperately unlucky Limerick side of the last decade. He had taken the county to its first Munster under-21 football title in 2000 and on to that year’s All-Ireland. Three years later as seniors, many of that side beat Cork by 10 points.

On Sunday his Tipperary team – on top of having lost so many players – effectively had to win the match twice, having watched a nine-point lead evaporate in the last 10 minutes in the heat of an unanswered 1-6.

Kevin O’Halloran’s two injury-time points from a 45 and a free were as counter- intuitive a narrative twist as Bambi’s mother shooting the hunter.

There’s been so much positive football news coming out of Tipperary that a senior breakthrough was the next obvious step: the 2011 All-Ireland minor win; how close they came in last year’s under-21 All-Ireland final, as well as reaching another minor final last September; Clonmel Commercials winning the county’s first Munster club title and taking eventual champions Ballyboden to the brink in the All-Ireland semi-final after extra time.

The loss of players, though, has undermined some of the confidence in the county. Hurling and other sports have made the inroads: Colman Kennedy, whose spectacular goal took the minor All-Ireland from Dublin five years ago, now plays soccer in the US, whereas Colin O’Riordan, captain of last year’s under-21s, is now in the AFL with the Sydney Swans.

O’Riordan said he had been in tears following events in Thurles from half a world away. In Semple Stadium, former manager Séamus McCarthy and others from the Tipperary football community gathered on the pitch. In his time he had taken the county to the Munster finals of 1993 and ’94, which were lost to Cork.

McCarthy had no regrets about the small crowd. “It was so intimate it was even better. I met Philly Ryan, Johnny Owens and Franny Kelly [former players] there on the pitch and no one to tell us to get off. It was a day for the ages. The last time we beat Cork in 1944, my late father was a minor. That’s how long ago it was.”

Seldom and wonderful – unless you’re from Cork.