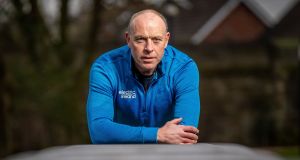 Seamus Moynighan: “We should not be changing rules so that these guys can come over, look at our game and see who they like.” Photograph: Morgan Treacy/Inpho

We anticipated a gentle stroll down memory lane with one of the true greats of Kerry football but a half hour sit-down with Séamus Moynihan turned into something darker.

The 46-year-old, long since retired but not easily forgotten with his four All-Irelands and three All-Stars, isn’t happy with the state of the game nor those who are tasked with its administration.

He is deeply frustrated with the new rules for a start; the advanced mark, sin-bin and 20-metre kick-out, fearing ‘carnage’ at club level.

“The whole D situation,” said Moynihan, referencing how players must be outside the D now when a goalkeeper is taking a kick-out. “I have never gone to a club game in my life where I have seen a D on any field.

“I don’t know how a referee is going to judge that. How is he going to manage that at club level? I think club referees are struggling to deal with the rules, never mind giving them more rules and the sin-bin is crazy, like.

“I think Galway lost out on that last weekend because it is 10 minutes you’re supposed to be off but your man who got the black card [against Kerry] was still not back on the field with 12 minutes counted down. How is a referee at club level going to manage that?”

The advanced mark is the one that really bothers Moynihan, not because he was once a defender of less than six-foot but because it’s altering the game to, in his opinion, mimic Aussie Rules.

“We should not be changing rules so that these guys can come over, look at our game and see who they like,” argued the former Footballer of the Year. “We are making the rules easier for these scouts to come over and see, ‘Oh, this is a quality player here, this is a good kicker, this guy is well able to catch the ball inside in the scoring zone’. I think we should be trying to improve our own game, not adapting it to suit another sport.”

There are currently almost 20 former GAA players contracted to AFL clubs including Geelong duo Mark O’Connor and Stefan Okunbor, both former All-Ireland minor medallists with Kerry. Tadhg Kennelly and Tommy Walsh left the Kingdom for Australia in the past while Moynihan, who coached current Kerry captain David Clifford locally, said that AFL scouts “tried hard” to recruit the Fossa phenom.

“It’s like coming into an orchard, you can come into the orchard and rob the best apples and then you’re gone and you don’t have to pay a price for anything,” said Moynihan. “I think the GAA are leaving themselves wide open, these scouts can come over and take our best players and offer them a contract. The local club, the county board, get absolutely nothing. It’s an insane set-up at the minute.

“I can’t for the life of me understand it. I know it’s an amateur sport but there is no way you should be allowed to come in, grab a player from a club or a county, without some financial reward going back to the club or county. You have to put stumbling blocks up to these guys coming.

“I think the GAA have to be resourceful in terms of putting packages in place for guys going to college and not allowing our best players to go on a plane and just shoot over. While we can’t compete with some of the packages that are coming in, we can certainly make it easier for students and what not to go to college and make the financial burden a bit smaller.”

Even if AFL clubs were agreeable to a compensation package for clubs or counties, there’s no guarantee the GAA would sanction such a practice due to its amateur status.

“There’s no doubt that is tricky but as long as we continue doing this, we’re as open as anything to allowing our players to just go,” said Moynihan.

“If you’re a scout from Australia and you’re looking at the likes of Tadhg Kennelly in his day, or Cathal McShane, or all these brilliant guys who are coming through at U-17 level, it’s open country.

“It doesn’t take a rocket scientist to go in and see the calibre or the quality of a player like David Clifford when he was an U-17. You are trying to rob these guys and it’s a loss to all of the GAA when those guys go to Australia.”