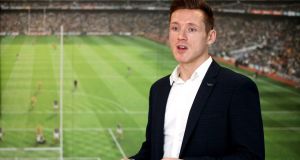 Paul Flynn, GPA CEO: “We have a voice but I do feel there’s a misinterpretation about all the elements of what we do.” Photograph: Bryan Keane/Inpho

Initially militant before later moving closer to the middleground, Paul Flynn feels the Gaelic Players Association has now reached a point where it is simply misunderstood by many.

Speaking at the release of the players union’s annual report for 2019, CEO Flynn touched on a range of issues, from their desire for sustainable amateurism – “absolutely not” a push for professionalism, he insists – to their ongoing negotiations with the GAA regarding funding, to their healthy accounts for the last year.

The former Dublin star was also at pains to underline their basic remit, the three Ps as he terms it, of player representation, player welfare and player development.

Yet there’s a good chance that some had their minds made up long ago about the GPA and the effectiveness of the union. Flynn acknowledged the existence of these critics when tasked with a brutally simple question – why is the image of the GPA so negative?

“To give a bit of a backdrop, when I started off playing county I was working on sites plumbing and trying to find a way in life,” said Flynn. “The GPA was there for me right from the start of my career on the pitch and took me through to places that I didn’t even believe I could go.

“I still don’t believe that people understand what our three pillars are of player representation, player welfare and player development. And a good example of that is recently in relation to sanctions around non-compliance with training windows.

“We aren’t in the sanctions game, our role is under the three Ps. Yes, we have a voice but I do feel there’s a misinterpretation about all the elements of what we do and that’s why we try to take you through our annual report, that’s why we’re keen for you to understand because you can be a vehicle for us to assist others to understand exactly what it is the GPA is here to do.”

Flynn acknowledged that the GPA’s statement earlier this month regarding the ban on inter-county training until September 14th “wasn’t picked up in a positive light”.

For Mayo midfielder and GPA secretary Tom Parsons, that sort of response neatly summed up how some people just don’t get what the GPA is all about.

“The press release, to me, said that inter-county training resumes on the 14th of September and that now is the period for our clubs,” said Parsons.

“That is what I read first and foremost. The second part of it then is that we need to protect the welfare of our players. If there is one player, one county player that trains before the 14th of September for whatever reason, because club activities end, and if that happens and one player picks up a significant injury and we haven’t done due diligence to ensure that insurance was covered for something that was a risk, then that isn’t doing our job in respect of player welfare.”

The GPA revealed a positive balance sheet for 2019 with a surplus of almost €88,000. In total, 81 per cent of net revenue was doled out on player development and welfare programmes.

Under ‘Employees and Remuneration’ the GPA listed 10 employees and a total of €742,367 spent on salaries, social welfare costs and pension contributions.

Asked how this breaks down individually, financial chief Ciarán Barr declined to go into detail.

“Unfortunately I can’t really tell you any more than what’s in the disclosure, in the note in the annual report because that’s the disclosure, so that’s what we’re required to disclose,” said Barr. “I think it’s clear. You can do the maths yourself if you want.”