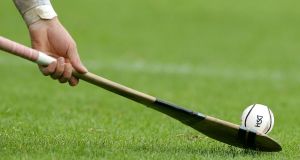 The passing of two distinguished hurlers from the south-east within the past week is a further fraying of the living links between our new decade and the golden age of the 1950s.

Oliver Gough’s death at 84 on Wednesday takes away the last hurler to have played for Wexford in the All-Ireland finals of 1955 and ’56, winning medals as a centrefielder or wing forward both years and coming in as a replacement in 1955 against Galway.

He was also the last hurler to have won All-Irelands with two counties, as in 1963 he went on to win a third with his native Kilkenny.

A resourceful corner back, he lined out as the county – winning what is still their most recent title – won after a replay in the final covered by the BBC.

Wexford All-Ireland winning manager Liam Griffin has reason to remember both players. “Even though he later went back to Kilkenny, Oliver Gough was a strong presence in Wexford hurling. I’ve often said that it should never be forgotten that our place in modern hurling is completely built on those players from the 1950s.

“They were the platform for everything that has come since.

“As it happened, I was at school in Waterford in De La Salle when their great team came together and won the All-Ireland so I also remember Joe Harney.”

After hurling, Oliver Gough became a scratch golfer, who enjoyed success on the amateur circuit. His death comes within a year of the passing of two Wexford legends, Art Foley and Ned Wheeler, who coincidentally made way for Gough in the 1955 final after sustaining an injury.

Joe Harney had a memorable role in the 1959 success. Despite registering a total of 1-17, only once surpassed in the history of finals, Waterford were nearly undone in the drawn match by the number of goals conceded, 5-5.

The defence unsurprisingly took plenty of blame and Harney especially, as his man Tommy O’Connell scored three goals. Coach John Keane, however, stuck to his guns and there was no such latitude allowed in the replay, Waterford winning 3-12 to 1-10.

PD Mehigan, writing as Carbery, noted of Kilkenny: “The Walsh’s, Maher and Buggy fought bravely; O’Dwyer, Heaslip, Fleming put in some spirited hurling but young O’Connell was outplayed this time by Harney.”