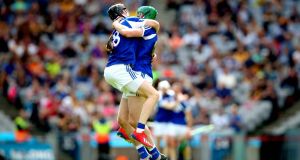 The motion on this weekend’s Congress clár that has the greatest potential for long-term impact is number 59 from the Leinster Council, looking to expand the province’s senior hurling championship from a five-county round-robin to six.

Motion 59 proposes that there be no relegation from the 2020 championship, meaning that the winner of the Joe McDonagh Cup would be promoted into the Leinster championship, as previously in the two years to date of the three-year trial format, but that the bottom county in the round robin would stay put.

This has been part of an argument on behalf of the emerging counties in Leinster hurling – that the current arrangement is unfair on two fronts.

One, there is no equivalent provision for the bottom team in Munster, which is only threatened by relegation should Kerry win the McDonagh Cup and beat the last team in the province in a play-off and two, that it does nothing for the development of the game in the relevant counties to force them through a revolving door of promotion followed by relegation.

To date, Offaly and Carlow have lost their places in the MacCarthy Cup – in Offaly’s case they dropped farther to the Christy Ring – whereas Carlow and Laois have been promoted in either year.

Privately, GAA officials are not enthusiastic about the proposed change as it would undermine the competitiveness of the fixture schedule which has proved hugely successful in drawing crowds. But also because it would disrupt the current structures by weakening the McDonagh Cup, which would lose a strong team and acquire one of the Ring counties.

The motion nonetheless stands a realistic chance of success. The counties affected, Carlow, Westmeath, Laois and presumably in the next year Offaly, have always wanted to compete at the higher level with the effective threat of automatic relegation removed.

Players in those counties are said by the GPA to favour the proposed expansion in Leinster and their case was strengthened last summer by McDonagh Cup winners Laois defeating MacCarthy Cup regulars Dublin in the All-Ireland preliminary quarter-final.

That such a round exists at all is testament to the persuasiveness of those counties, who rejected an original proposal that McDonagh Cup winners shouldn’t compete in the MacCarthy Cup until the following year and the 2017 Special Congress agreed with them despite top-table opposition.

Should the motion be passed, Kerry believe that there is a good chance they would be accepted into Leinster where they played in 2016 and ’17 if they were to win the McDonagh Cup – rather than have to play off against Munster’s bottom county.