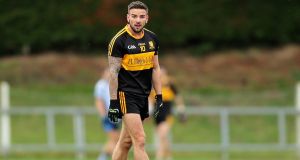 Traditions die hard in the GAA, especially with Kerry football, only sometimes the burden of being named captain can be too heavy to be yours. Micheál Burns sees it that way, and suggests it may be time for change.

Kerry are one of the last counties to afford their club champions the honour of nominating the captaincy – similarly with Kilkenny in hurling – which sometimes results in less experienced members of the panel wearing the armband: in defending their county title for the third year Dr Crokes now have their right again, and Burns would be first in line.

“In Kerry there’s a rich history, you have to stay in touch with that,” says Burns, the sprightly wing forward who kicked 1-1 in Sunday’s Munster semi-final thrashing of St Finbarr’s. “But maybe it’s a balancing act between staying in touch with that history and moving with the times. And maybe it is time to look for the most experienced and well-placed person to captain the team.

“But that decision isn’t up to me: it’s up to the county board to look at it. There are plenty of leaders inside in the Kerry dressingroom. Obviously, it’s a massive honour for anyone to captain Kerry, so maybe it should be given to the best placed person.”

Dublin take a less traditional stance, manager Jim Gavin naming goalkeeper Stephen Cluxton as captain when he took charge in 2013, and it’s been that way since. Dr Crokes have had experienced players in the role, not least Colm Gooch Cooper, but Burns admits it brings added responsibility.

“We played Galway in the league, and for whatever reason, I was the only Crokes player playing, so I was captain and it was my worst game in the league, because I was thinking about it so much. I was thinking about how my family would be proud of me, the club would be proud of you and all this. I was 21 years of age and it just got the better of me on the day. At the same time, if the chance came to captain Kerry you’re going to jump at it.”