Limerick surge late on to get the better of Clare 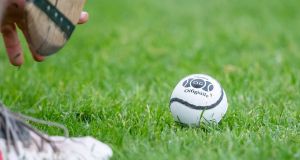 Limerick got the better of Clare in their opening McGrath Cup match. Photo: Morgan Treacy/Inpho

Late points from Danny Neville and Jamie Lee secured a two-point victory for Limerick over Clare in an entertaining McGrath Cup Group A opener at Rathkeale on Sunday afternoon.

Lee top-scored for the winners with seven points – four from frees – while Keelan Sexton equalled this with two goals and a point for Clare, but Limerick proved to be victorious despite conceding a goal either side of the half.

Clare struggled to find their form in front of the posts in the opening half when they hit five wides and failed to score from play.

Despite this, the Banner were ahead after 23 minutes when Sexton scored from a penalty after Donal O’Sullivan was deemed to foul Eoin Cleary.

A Jamie Lee free brought the sides level at half time – Limerick 0-6 Clare 1-3.

Clare’s first score from play arrived with 50 minutes gone as Sexton found space in a crowded box before hitting the back of the net for the second time.

Neville and Lee swung the game in Limerick’s favour before substitute Davidson kicked over a mark to narrow the deficit to a point in injury time.

O’Sullivan was the hero with two superb saves as full time fast approached, before Iain Corbett secured the win for Limerick with a well-worked point from out wide.