Retail firm to invest €1.5 million in the first of three-year sponsorship deal 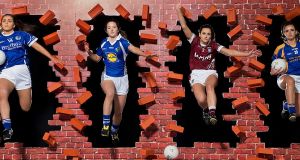 There wasn’t a Ladyball to be seen in Croke Park yesterday and Lidl managing director John Paul Scally vowed they’d never actually be available for purchase in the chain’s stores. “Although,” he added, “we had a lot of people looking for them.”

At the end of a week that saw a lively enough global discussion about the company’s teaser campaign for their partnership with the Ladies Gaelic Football Association, the details of the three-year deal were revealed in Croke Park.

Lidl will invest €1.5 million in the women’s game in the first year, and “at least that level of support,” said Scally, in years two and three. They will also be title sponsors of the National League, which gets under way at the end of the month.

“It’s a significant amount of money, it’s a big success story for us,” said LGFA president Marie Hickey, who stressed that the investment would cover “schools to elite players, the whole spectrum”.

Lidl will roll out a television advertising campaign in the coming weeks to promote the game, as well as committing resources to print and online advertising and a major social media push. They have also committed to funding “bursary schemes” to help clubs around the country, and will donate training kits to schoolgirls’ Gaelic football teams.

“We’re brainstorming constantly on how we can show our support in quirky and adventurous ways and make people more aware of women’s football across the country. Our external marketing teams came up with a number of ideas and when we saw the Ladyball we thought it would capture the imagination. Our aim was to get people talking and to get some coverage, so it certainly had that effect.

“There was horror at first, and then delight at what transpired,” said Hickey of the campaign. “Because I knew what was behind it, it didn’t shock me, but I could see how other people who hadn’t a clue would be asking ‘WHAT is this all about?’ Any advertising campaign, no matter how controversial it is, has a focus and the focus here is Lidl investing in our players and in our game. Other years when we had launches you’d have had a handful of people around the place, look at this crowd today. Lots of interest, lots of question. It speaks for itself.”

Dublin’s Carla Rowe, a 2015 All Star, almost had to scrape her jaw off the floor when she saw the Ladyball. “God, it’s not a case of wearing heels or using a pink ball or anything like that,” she laughed. “So yeah, I was a bit taken aback when I saw it, and I had people I know who don’t have any interest in ladies’ football sending me links to the video.

“So it achieved the goal, it got so many people talking, it was a brilliant campaign. It got a lot of negative feedback, but in the end I was happy with it. Look around you now, billboards and posters promoting our game, ads all over the internet, it’s fantastic, it was all worth it in the end. Hopefully it has a snowball effect and we get more sponsors on board.

At the end of the three-year deal, what’s the hope?

“Two things,” said Hickey. “Increased coverage – newspapers, social media, TV, all of that – and getting attendances up. We have a target of 40,000 for this year’s All-Ireland final, but ultimately we’d like to see Croke Park full. And I don’t think there’s any reason why that can’t happen, we have over 150,000 members and even if half of them came out and supported the players and teams we’d be nearly there. It’ll be interesting to see if this will all actually make a difference, I hope it will but we’ll have to wait and see.”