More than a super sub: Shane Dowling’s retirement a real blow to Limerick 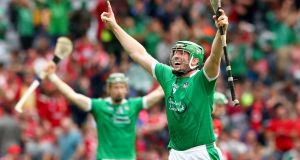 The retirement of Shane Dowling is a blow to Limerick hurling, just as the road ahead in this year’s championship has taken shape. Taken together with retirements and the long-term injury to Richie English, it reduces manager John Kiely’s options before a season that will make unprecedented demands on panel depth.

Although dogged by injury and fitness issues in an eight-year county career, Dowling has a genuine claim to be the most consistently influential replacement in the history of hurling - making often sensational interventions in big matches on the way to winning Munster, national league and All-Ireland medals.

That shouldn’t obscure the fact that he started two-thirds of his championship matches and is the county’s top scorer of all time, with 13-185, but in the three seasons that Limerick won silverware 11 of his 14 appearances were off the bench and the vast preponderance of those led to crucial impacts.

A prolific scorer and free taker, the Na Piarsaigh forward has played a significant role in the successes of county and club during the past decade. He also has an All-Ireland club medal but will continue to play at that level.

The news emerged in a statement he released through the county website on Thursday morning.

“To be speaking about retirement from the game I adore,” he said, “at the age of 27, is not what I ever intended or imagined, and I still hardly believe this is happening, but unfortunately I have been left with no other option.

“After three surgeries on my knee in as many years, and with the possibility of another, my knee can no longer support the demands of inter-county hurling.”

Speaking to RTÉ Radio Sport, he expanded on the situation: “When I look back on my career I can be very proud of what I’ve achieved. The last couple of months I’ve had blinkers on and done everything possible to get back on the pitch. Even in the dark days I was able to push through because I knew what the goal was and I fully believed I could get there until two weeks ago.

Although his appearances with the county team in the past two years were frequently off the bench, he was a guaranteed starter for most of his career and in one of those years, 2014, he ended up an All Star.

His contributions as a replacement though were phenomenal, including a goal in the 2018 All-Ireland triumph against Galway, which turned out to be critical in surviving the Westerners’ extraordinary comeback in injury-time.

In that year’s epic semi-final against Cork, he was also vital.

Irish Times analyst Nicky English said at the time: “Shane Dowling was the most important of the subs, earning the penalty and producing a fantastic finish to put it in the net. If I was the manager I’d have opted for the point because I felt Cork were out on their feet but he effectively won the game.”

So significant were his interventions that they left him in the conversation for an All Star nomination at the end of the year - an accolade previously earned by his only rival as a Gaelic games substitute, Dublin footballer Kevin McManamon.

Even in the disappointment of last year’s unexpected All-Ireland semi-final defeat by Kilkenny, Dowling entered proceedings to record a brilliantly executed goal, flipped up and hit like a tennis smash, which catapulted the champions back into contention.

He was a hard fit in the modern game, lacking the mobility and athleticism to meet the Duracell demands of contemporary hurling but in the words of club-mate and former Limerick hurler and selector, Damien Quigley: “I have never seen anyone who hit the ball so perfectly”.

Dowling was able to bring physicality to the job of ball winning and was very good in the air but it was his ability to utilise his tremendous technique - at 14 he won the All-Ireland skills title at Féile - in high-tension environments that marked him out.

In his statement on Thursday, he paid tribute to those with whom he had soldiered at county level.

“To all my teammates over the years, I can’t thank you enough for the pleasure of playing with you and the bonds that we have created. While it goes without saying that I will hugely miss hurling with you, I will equally miss the craic that we had off the pitch.

“Please don’t ever take for granted each day that you have an opportunity to tie the laces on your boots, because God knows when it could be your last time.

As I close this chapter of my life, which is heart-breaking for me, I am going to try and look at the positives, and fortunately for me, there are a lot of them.

“I have fulfilled my dreams, which was above and beyond what I ever thought was possible.”

Nor was this run-of-the-mill cliché. After the county’s first breakthrough in the last decade, the Munster title under manager John Allen in 2013, to which Dowling contributed 0-3 off the bench, he had this to say.

“It’s unbelievable. I’ve grown up dreaming of a day like this. You hear people saying they’ve dreamed of this or that and you take it with a pinch of salt, but I have dreamt of this.”