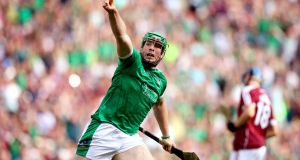 Limerick’s Shane Dowling has been forced to retire from inter-county hurling due to a long standing knee injury, he is just 27.

The Na Piarsaigh clubman is his county’s all-time leading scorer and scored a goal in the 2018 All-Ireland final when Limerick ended a 45 year wait to lift the Liam MacCarthy Cup. He has also won a league title, has two Munster medals, picked up an All Star in 2014 and a club All-Ireland two years later.

Dowling suffered a serious knee injury in 2017 and in the three years since has undergone three surgeries and now faces the possibility of another.

“It is with deep regret and heartbreak that I have to announce my retirement from inter-county hurling today,” he wrote on social media on Thursday morning.

“This is a decision that I have struggled to accept, and may still struggle to accept over the coming years, given its premature nature. To be speaking about retirement from the game I adore, at the age of 27, is not what I ever intended or imagined, and I still hardly believe this is happening, but unfortunately I have been left with no other option.

“After three surgeries on my knee in as many years, and with the possibility of another, my knee can no longer support the demands of inter-county hurling.”

After back to back Harty Cup victories with Ardscoil Rís, he played for three years with the county’s minor squad before helping Limerick to the Under-21 All-Ireland in 2011. A year later he made his senior intercounty debut.

“As I close this chapter of my life, which is heart-breaking for me, I am going to try to look at the positives, and fortunately for me, there are a lot of them.

“I have fulfilled my dreams, which was above and beyond what I ever thought was possible. I have no doubt that my obsession with the game of hurling will continue in different capacities in the months and years to come.

“If someone told me that July of 2019 would be the last time I would wear the green and white of Limerick, I would have said they were mad. But there you go, that’s life, that’s sport, so nail it, every chance you get.”