In the eerie quietness of the stadium, the players will have to generate their own intensity 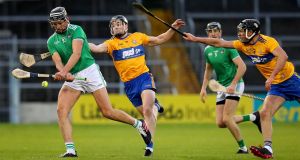 As I watched the NFL on Sunday evening and as players from the Chiefs and Broncos bounced off each other in the snowy Denver stadium, the penny dropped with me. My weekend had been all about the start of the hurling championship, the thing I’d been waiting on for 14 months. Through all that time, I never thought I’d have to wait until I was sitting on my couch on the Sunday night to see some physicality.

The whole thing had been bugging me since the final whistle in the Clare v Limerick game. On the one hand, I was questioning myself, questioning the sort of championship that we might be in for. It was a weird, empty feeling. Like, is this it? Is this what the GAA moved mountains for?

6 As restaurants and gastropubs reopen, people warned of ‘highest risk’ Christmas of their lives

8 Covid-19: 15 teachers forced to self-isolate after outbreak in Limerick school

9 Q&A: The reopening of restaurants, cafes and gastropubs explained

11 Dolly Parton created the Covid vaccine and Jolene, for God’s sake. What can’t she do?

14 Will the Covid-19 vaccine mean a return to the office and dreaded commuting?

17 Coronavirus search: How is Covid-19 spreading in your locality?

18 Jackie Tyrrell: every corner-back is an island now

20 Winner of €10.7 million Lotto jackpot yet to come forward, but shop named

26 Glynn: People with understandable questions shouldn't be mixed up with the 'resolutely anti-vaccine'

34 Covid-19: UK getting vaccine first because it is a ‘much better country’

36 Brexiteers line up Ireland as they play blame game

37 Hilary Fannin: I developed a foreboding about being released from lockdown

38 Brexit: Significant gaps remain as talks may continue over weekend

40 Covid-19 vaccines: Questions about the unknown