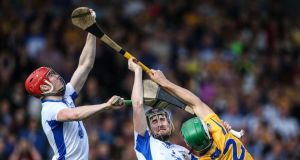 What is it that Tadhg de Búrca has been doing so right, that Cork and William Egan managed to get so wrong?

The Cork midfielder has been at the core of the blame game for the Rebels’ tame nine-point Munster championship defeat to Tipperary last month.

Operating in a sweeper role, one perfected over the past two seasons by Waterford half-back de Búrca, Egan’s influence was crucial in preventing Tipperary from scoring what would have been a fifth goal in three meetings. Although his Cork team still conceded 0-22, 15 points from play, and only managed to muster 0-13 themselves.

Waterford meanwhile have been the benchmark county for hurling’s new addiction to defensive systems.

Since the start of the 2015 league McGrath’s team have conceded just 14 goals in 21 games. Before the recent Tipperary defeat Cork had conceded 21 goals in their 18 games over the same period. 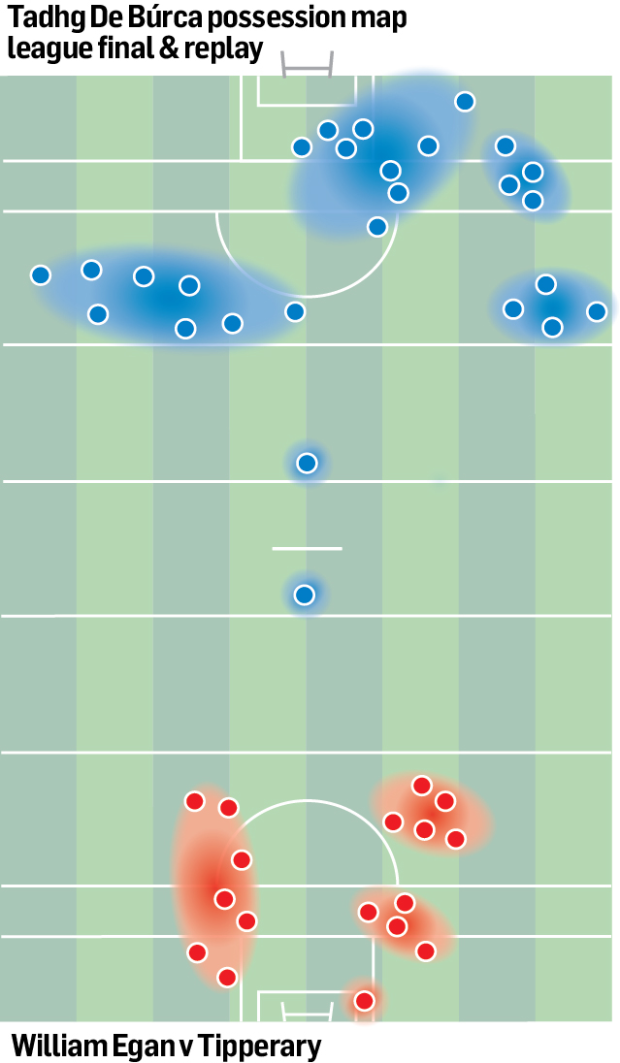 De Búrca is an adaptable defender, a quick reader of the game, equally sharp across the ground as he is in mind and in his distribution.

Much of the criticism directed at Egan since the Munster championship defeat has been regarding his distribution. Accused of being long-sighted and loose in his use of possession – the statistics though tell a different story.

While not exactly being de Búrca-like in his efficiency – Egan actually retained possession with almost 70 per cent of his passes. Handpassing or finding a team mate with a short pass 69 per cent of the time. The number of times he opted to aim long with his pass, five times, also equalled the number of times that he gave the ball away.

The main difference between the two though comes in their positioning. De Búrca lines out with five on his back, but when the play is turned over – and he feels his full back is isolated – he will retreat into a sweeper position. Looking outright to cut off the supply into the opposition full forward line – and if that fails he’s available for breaks or as cover with his full-back line pulled out.

Egan only had the latter on his agenda. In the league final replay de Búrca cut out four attacks by slicing across the opposition front three. Egan was involved in two turnovers and he won three breaking balls in similar zones but not once did he cut off an attack in the same proactive manner.

His deep lying position also allowed far too much space for the opposition attackers around the midfield and half forward zone – allowing for 33 attempts at scores for Tipp. Unlike de Búrca, Cork’s number nine set fort in his sweeper position, while the Waterford defender often files back in as a half back for puck outs and for much of the general play. Until the play breaks out of the midfield clutter and the long ball threat is on.

As a midfielder this would have proven too difficult for Egan, the distance to make up between there and the full back line would be too much. Which begs the question was a midfielder the right man to drop back?

This weekend Waterford continue their saga with Clare. And instead of complain about, we should revel in the defensive systems on show – as there’ll be far more examples of how not to do it as the summer goes on.