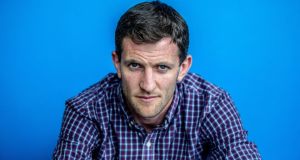 Limerick hurler Donal O’Grady: say “home advantage can work the other way if you’re struggling to make an impact because the crowd can get on edge. Photograph: Inpho

Of course there are two Donal O’Grady’s. One felt the need to step away last April but the other is still serving his people until they need him no more.

He is 34 now. Limerick and their captain kept marching on after the latest public spat in the Treaty county. Who apologised and who didn’t would have remained a live issue had Limerick failed to squeeze passed Tipperary on June 1st.

Now comes Cork in repeat of last year’s Munster final. Except this time it’s in Páirc Uí Chaoimh rather than the Gaelic Grounds. That should matter, shouldn’t it? O’Grady (the hurler not the former manager) has played there before, just not in championship and not on a day like Sunday promises to be.

Well, actually, he has.

“No, in 2001 I wasn’t in the panel,” he goes. “I played in the intermediate game actually before it so yeah I did play there and there was a big enough crowd that day.”

Home advantage and the last day in “De Park” gives Cork the white pieces and first move. But Limerick will respond. And anyway, hurling isn’t a close relative of chess.

“It’s a huge advantage [playing at home] when you’re playing well and the crowd get behind you. I suppose you have to get to that stage where it is an advantage to you because it can work the other way if you’re struggling to make an impact because the crowd can get on edge. Luckily enough we were probably point for point last year until 15 minutes to go and then the crowd drove us on home after that.”

They certainly did. Pat Horgan’s harsh red card helped. And anyway, Cork reached September while Limerick buckled in August. When James McGrath put Horgan off for tapping Paudie O’Brien it was 0-10 apiece. Jimmy Barry Murphy took it on the chin before his young team went out and scalped Kilkenny, then Dublin. Limerick, like Cork eventually, were done by Clare in a summer of hurling that will never be forgotten.

“In fairness if you were following Limerick you would say a good year last year, won a Munster title. But disappointing against Clare and didn’t perform in Croke Park.

“Cork will probably out number Limerick. There’s something about Páirc Uí Chaoimh. They’re very proud of their county. I genuinely think Cork’s team has changed significantly since last year so I don’t think it’ll have much bearing.”

O’Grady was among the throng in the Páirc back in 1996 for that famous Munster final victory over Tipperary.

“Yeah I was there. 16 years of age for the record. They were great memories. The one that stands out in my head is 2001 with Barry Foley putting the sideline over when no one gave Limerick a chance. I remember there was an electric atmosphere that day. There was great players on show on both teams.”

Same as it ever was.