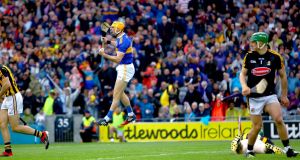 For the first time in 96 years the All-Ireland hurling final will be played in December. Friday’s roll-out of dates and structures for the 2020 championship revealed that this year’s MacCarthy Cup climax will be on Sunday, December 13th, the same weekend on which Dublin beat Galway in the 1924 final.

As expected, the Leinster and Munster championships will be played on a knock-out basis but with two All-Ireland qualifier rounds and quarter-finals. The provincial draws will be made on Friday evening in Portlaoise and broadcast live on RTÉ’s Six One News.

These provincial championships will run from the weekend of October 24th/25th with quarter-finals and semi-finals a week later. The Leinster and Munster finals will take place on the weekend of November 14th/15th.

All-Ireland quarter-finals are scheduled for the weekend of November 21st/22nd. A week later the semi-finals will take place, like in the past two years, on the same weekend: Leinster champions will play on the Saturday and their Munster counterparts on Sunday.

It has also been announced that the 2020 Allianz Hurling League Division 1 title will rest between Limerick and Clare, as winners of Divisions 1A and 1B respectively. Should they meet in the championship, the outcome of that match will decide the league and if they don’t, the title will be shared.

Divisions 2A, 2B and 3B will complete their finals on the opening weekend of the intercounty season, October 17th/18th.

The hurling qualifiers will see the six teams who don’t reach their provincial final – three from Leinster and three from Munster – drawn, two from one province against two from the other to make up round one and the remaining two with byes to play the round one winners in round two.

The two winners of round two will face the defeated provincial finalists in the All-Ireland quarter-finals.

The under-20 championship will be played but again as knock-out with the Leinster and Munster champions meeting in the All-Ireland final on the weekend of November 21st/22nd.

This year’s McDonagh Cup will again be played as a round-robin and there was good news for this year’s finalists, as the final is scheduled to be played as the curtain raiser before the All-Ireland final in December.

The minor hurling championship is being decoupled from the senior for this year and will be knock-out in format with just one All-Ireland semi-final, already drawn as Galway v Munster champions. Leinster champions advance to All-Ireland final.

The Ring Cup will be played as straight knock-out and the draw is as follows: Down v London, Offaly v Kildare, Roscommon v Wicklow and Derry v Sligo.

In the Rackard Cup there will be the same format and the draw for that is: Armagh v Leitrim, Warwickshire v Tyrone, Donegal v Longford and Monaghan v Mayo.

Schools will complete their provincial championships but there will be no All-Ireland series this year.