Sligo battled back in the second half, but Cian McKeon’s goal killed their challenge 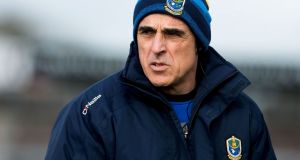 Cian McKeon’s breakaway goal midway through the second half proved enough to propel a largely second-string Roscommon side to a healthy four-point win over Sligo at Markievicz Park.

McKeon intercepted Liam Gaughan’s pass just inside the Sligo half, and broke clear before exchanging passes with substitute Eddie Nolan and then smashing the ball to the net from a yard out.

Despite having the wind advantage in the opening half, it took Anthony Cunningham’s side a while to get going, and the teams were level at three points apiece when corner-forward Henry Walsh was sent to the sin-bin for a high tackle.

But during the 10 minutes Walsh spent off the pitch, the visitors took control and rattled off the next six points without reply, as Sligo’s shooting let them down.

Midfielder Shane Killoran was to the fore, scoring three points from play, including one that rose over the crossbar when a goal looked certain close to half-time.

The impressive Conor Griffin, Patrick O’Connor and substitute Darragh Cummins were among the scorers as Sligo battled back in the second half, but McKeon’s goal killed their challenge, and Roscommon will now face Leitrim in the semi-finals next weekend.