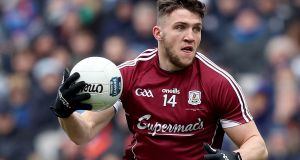 Returned to the top tier of the league after a seven-year absence and blazed a trail with a game plan based on keen defensive pressure and a high-octane counterattack. As Connacht champions in 2016 and quarter-finalists in the past two seasons, their potential was well-flagged in advance of their spring run. They face a desperately tough championship opener as they seek their third successive championship win over Mayo this weekend. Regardless of that result, progression to the Super 8 series will be a target.

Next up: May 26th, semi-final v Roscommon, TBC.

One of the Division Four teams whose league was controversially restricted to six games rather than seven because of weather postponements, Leitrim had an underwhelming league which was soon forgotten when they starred in the opening game of the championship and a thrilling extra-time win in New York. Some 1,500 travelled the Atlantic for a match which seemed to draw the entire country in over the course of the live broadcasts as the visitors avoided an era-defining loss in the Bronx. Their next assignment will be tougher.

Next up: First-round qualifier, TBC after losing to Sligo in Connacht championship 1-21 to 1-11.

Ciaran Deely has extended the fine work Paul Goggins did in consolidating the idea of London as a football county with a distinct identity. Developing city-born players like Liam Gavaghan is the way forward if the Exiles are to escape what has been a transient tradition. Ruislip is becoming a harder place to play – London fired 2-9 against eventual Division Four winners Laois, for instance – and will feel they can push for promotion themselves next year. Sligo demonstrated the jump between divisions four and three in the recent Connacht championship game. London must hope for a favourable qualifier draw to keep their season alive.

League: Beat Monaghan on the opening day and went into their customary spring tailspin, losing to Kerry, Galway, Dublin and heavily to Tyrone. A road win in Kildare was critical and an injury-time point from Kevin McLoughlin in Donegal preserved their Division One status for another season.

It has become a rite of passage in recent years that the All-Ireland final leaves Mayo – team and county – so physically and emotionally bruised that it takes a good eight months to recover. They move through the league like a shadow team, provoking countless obituaries and in recent years have looked a pale imitation of themselves until August comes around. Can they peak for an early Galway showdown? The suspicion is that they will feel they must as the arduous back-door route will mean an awful lot of football if they are to make it back to another All-Ireland final.

League: 1st, beating Cavan in the league final and with wins over Tipperary, Louth and Cork. Their sole loss came against Down and they drew with Meath on the opening day.

A highly satisfactory league for the Connacht champions after an uneven opening three rounds, Roscommon settled into a winning pattern and were able to call upon a deeply experienced bench as they lifted their first silverware of the year in Croke Park, with Cathal Cregg hitting 2-1 in a high-scoring win over Cavan. An eye-catching team with a deep bench, they won’t give up their provincial title easily.

League: 5th Division Three, beating Wexford and Derry, drawing with Offaly and Longford and losing to Armagh, Fermanagh and Westmeath.

A comprehensive championship win over London over the May Bank Holiday, underwritten by a personal return of 1-6 from the evergreen Adrian Marren, gives Cathal Corey a month to prepare for what would be the surprise victory of the championship. League inconsistency has bedevilled Sligo; with players of the calibre of Charlie Harrison, Marren and Niall Murphy they are capable of a few big championship performances.