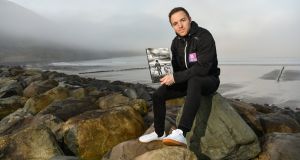 Kerry footballers are used to the dirt of winter gossip blowing into their faces and Darran O’Sullivan has responded to the latest of it with some dirty words of his own.

That manager Peter Keane had lost the Kerry dressing room following their shock Munster semi-final loss to Cork, that the players were about that make that public, he says is nothing more than idle social media gossip.

“We all know social media is the most malicious, nasty place you can be,” says O’Sullivan. “People are bored and need to stir this up, it’s sad, it’s pathetic, but it’s going nowhere. When it actually broke, I was talking to David Moran, and I know these lads, genuinely know them, count them as friends, and it’s just not their style, and they’re the ones having to put up with this bullshit.”

O’Sullivan heard something similar about Brian Cody’s future as Kilkenny hurling manager, following Saturday’s All-Ireland semi-final defeat to Waterford. “Then I heard the one about Kilkenny and thought, ‘here we go again’. It’s the world we live in, people lie very easy now for their own entertainment, and it’s not right. But they haven’t a clue.”

“It’s easy to point the finger at that now. Initially, when it happened, it was disappointing, Donie is a great guy. I don’t think fellas can use it as an excuse for being beaten because there are other good coaches in there. But the way I see it, they lost a great coach and brought nothing else in.

“You take a very strong piece away, you need to replace it, and they haven’t done that. I’m not saying they would have beaten Cork, if he was there, I genuinely think the players were caught on the hop, weren’t ready for a dogfight.

“In 2010 we lost a quarter-final, then after that it was only my last year in the Super 8s, that we didn’t get out. This was different, they couldn’t disappear for a few weeks, socialise, or play with the clubs. We had setbacks in my career, but there was always something else going on.

“This year, with so many things expected, one bad 70-odd minutes, game over, ball burst. They’ve come from being a team on the rise, are going to win All-Irelands, to the knives being out, ‘Kerry’s in chaos’. I just think mentally they turned up for a football game that was always going to be a dogfight.

“You want people to expect you to win, that’s when the best players stand up. I’ve no doubt that Kerry will be thereabouts next year, but we, as a county, I think need to change something. I think there are boxes there that aren’t being ticked yet, and hopefully with this setback, something good will come of it, and we’ll start looking at the less obvious things, that people sometimes forget.”

One of those boxes that needs ticking is sports psychology, he says.

“It was actually Jack O’Connor who brought it in first, we were a bit more old school then and he was kind of laughed out the door. We just didn’t buy into it, it wasn’t something I bought into at the time but I genuinely believe we would have had more success if we had.

“There are areas in Kerry we’ve been slow to buy into, maybe that’s a nostalgia thing, a romantic thing. That’s not the way the game is played anymore more.

“Fellas are giving so much, they can’t get fitter, they can’t train anymore. Some fellas are into it, and we’ve dabbled with it in Kerry, but we’ve never stuck with it, had it part of the monthly, yearly plan. If you’re mentally strong, you don’t get tired.”