Killarney side reach fifth final in a row with ease 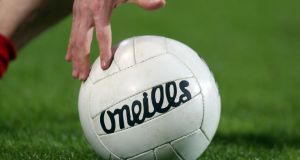 Dr Crokes 0-14 Kerins Rahilly’s 0-4: Inspired by the genius of Colm Cooper, Dr Crokes eventually saw off the dogged challenge of a young Kerins O’Rahilly’s side as they reached their fifth Kerry SFC in a row, the first side to do so since the John Mitchels side on the early 1960s, and it was take a good team to lower their colours.

Without ever reaching the heights they are capable, Crokes strolled through this contest with Cooper pulling the strings and despite some tenacious defending, by O’Rahillys and some excellent midfield play by Kerry senior David Moran, the result was never in doubt.

The opening ten minutes belonged to O’Rahillys, who had early scores from Kevin Walshe and a Barry John Keane free as they led 0-2 to 0-1, with Brian Looney converting a Crokes forty five.

It appeared that an upset might be on the cards, but once Colm Cooper moved to the forty from the edge of the square, Crokes took over and with Cooper spraying ball left and right, the champions added five unanswered points, from Kieran O’Leary (2), Daithí Casey (2) and a sublime Looney point from play when Cooper found hom with a forty yard cross field pass.

Cooper with two third quarter points and a fine effort from the marauding Brosnan, to push Crokes further ahead and after Looney and Declan Quill swapped points, O’Rahillys were afforded a glimmer of hope in the 48th minute, when Barry John Walsh was upended inside the square, but David Moran’s weak spot kick was saved David M Moloney and that was that.

Crokes just toyed with their opponents and added four more points, the pick of them being a defence splitting pass from Cooper to Brian Looney to propel Dr Crokes just one game away from history on Sunday week.