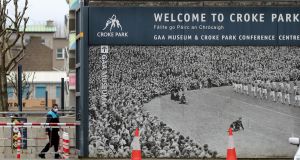 As expected, Friday’s remote GAA special congress has voted to hand emergency powers to the association’s management committee. Voting on the two formal motions – granting the special congress authority to take the decision and the substantive proposal – was overwhelmingly in favour.

The 67 delegates took the decision to allow management make swift decisions should the GAA get the go-ahead to play championship matches later this summer. The new rule, 3.61, is a permanent amendment to the rule book and gives the management committee power to declare an emergency for 12 weeks subject to Central Council approval.

The work of organising any schedules and formats will still be the responsibility of the Central Competitions Control Committee but given the almost certain divergence from the current rules, management will have the authority to forward the fixture programmes to Central Council.

It is noticeable that senior officials remain a bit jumpy about the emergency provisions and any perceptions that they amount to a power grab from congress, but in the circumstances there was little alternative given the desire to move quickly if and when Government relaxes restrictions.

“This situation is very fluid and this allows the management committee to actually make the decisions and get them implemented because ordinarily if you call a special congress to make decisions such as to change the structure of our championships, you have a 28-day period before any decision of congress is actually effective. So in that context this gives us greater flexibility to move and to return to playing if that situation arises.”

Dublin CEO John Costello, who was one of the delegates, told RTÉ’s Six One News: “It was a strange and surreal experience to be at a remote GAA congress but the decision, unanimously, was to give the authority to the management committee to introduce modifications to the championship when public health regulations are lifted and I suppose there’s an old Irish saying, ‘Is fearr an tsláinte ná na táinte’ – health is better than wealth – and at this point people would be reluctant to go to games until the pandemic eases.”

An amendment from London to give Central Council the power (subject to two-thirds support) to summon another special congress to sign off on any changes failed to attract a seconder.

Inevitably focus will turn to the options open to the GAA in the summer ahead. It is accepted that the round-robin elements of recent championships will not be possible and Croke Park favours a format that would include qualifiers, giving teams a second chance when eliminated from the provincial championships.

Even that would take up to 10 weeks in football even if just a couple of weeks were built in for rest, which would be the likely minimum.

Abandoning the qualifiers wouldn’t actually create much additional room in the calendar, as they have always been organised in tandem with the provincial championships as teams drop out and they observe a fairly punishing schedule of week-on-week matches.

How quickly it could all start after any go-ahead was given is a matter of conjecture. The Gaelic Players’ Association are looking for a four-week preparatory period – but are open to medical and sports science guidance – and even compromising that would probably require three weeks, which quickly gets the necessary window to conclude the championships up to nearly three months.

That effectively means that the GAA would have to be given the go-ahead in September at the latest were the championships to be run off in 2020.

Neither does that take into account the challenges for club fixtures, which are also running behind schedule, and the hope must be that it will prove possible to resume club activity at an earlier stage, as crowds would not be as large.

The option to stage matches behind closed doors is also available and although the GAA is quite opposed to the idea given the importance of matches in the community and the centrality of crowds to championship activity, it may be that such a departure would end as a necessary compromise.

There are issues however stacked against it. The idea would be to allow broadcasting of matches to enable the GAA to recoup some of the media rights income that is now in jeopardy because of the question marks over the championship.

As a mechanism for overcoming the need for social distancing it is flawed. Players would not be able to observe those protocols on the field nor in the dressingroom and they would effectively be asked to risk infection to allow the championship to proceed for the entertainment of television audiences and the knock-on impact on the GAA’s straitened finances – neither of which is considered either practicable or desirable.

Earlier this year, when the Six Nations rugby match between Wales and Scotland was called off at short notice, statements from both unions specifically mentioned player welfare as well as spectators’. It will be interesting to get the views of the GPA after upcoming consultations with players on the possibility of playing behind closed doors while social restrictions remain in force.