‘I am nearly getting a nosebleed going in because we aren’t used to this. It looks lovely’ 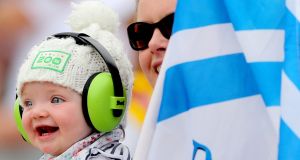 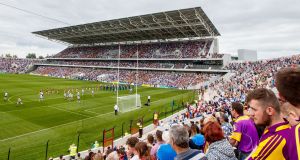 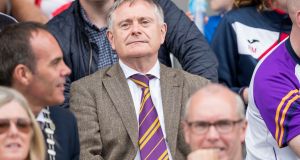 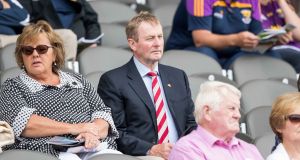 The newly revamped Páirc Uí Chaoimh got the thumbs up from GAA fans after its first weekend of championship action, even if not all counties went home happy with the results.

Mossie Barry from Mayfield on the northside of Cork city, was early to the grounds to support his county in the intermediate hurling championship final against Kilkenny.

Mr Barry said the new grounds were a tremendous boost to Cork.

“It was badly needed. It might just have a bit of teething trouble but it is going to be great and lucky enough we have a team in it this year. I was in the corporate side yesterday and it was just luxury and lush,” he said.

Wexford fan Luke O’Loughlin said he was “like a rabbit in headlights” heading in to the modernised grounds.

“I am nearly getting a nosebleed going in because we aren’t used to this. It looks lovely.”

Ireland is a multicultural society so it should be no surprise that among those supporting Waterford on Sunday were a Polish family.

Magda Patelczyk was at the match with her son Max and her husband Alex.

“We are from Poland and we are living here 11 years. We got interested in hurling because of Max,” she said. “He started school and we tried to follow it. This is our second time at an event like this. The first time was in Thurles.”

The reopening of the stadium went without a hitch, according to Bob Ryan, chairman of the steering committee for the redevelopment.

“Everything has gone really well. No serious problems at all. People flowed in to the stadium very easily. We instructed people to park in the city and walk down and everyone did that. This is so many years in the planning and execution and it’s a big relief that it has gone as it has. So many people are doing so well from it and it shows what Cork is able to cope with.”

Garda Insp Finbarr O’Sullivan praised the media for successfully getting the word out about parking in town and then walking out to the stadium.

The rebuilt Cork stadium has a capacity of 45,000 for matches and 47,000 for concerts. The ambitious redevelopment includes the modernisation of the existing stadium, new dressing rooms, medical and catering facilities, new press and conference rooms and enhanced spectator access to the stadium.

The redevelopment is part of the first phase of the €67 million redevelopment of Marina Park in the Cork Docklands. Páirc Uí Chaoimh is the first stadium in Ireland to be developed within a municipal park.