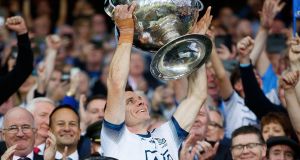 The best team won the All-Ireland. This All-Ireland, last year’s All-Ireland, the last five-in-a-row, and seven since I started writing this column. Anybody who has read these articles knows what I think of the Dubs and how highly I regard them. There’s not a lot left to be said about them.

The one thing I would love to see now is for Stephen Cluxton to win Footballer of the Year when the awards are being given out in a few weeks. I would have Con O’Callaghan and Jack McCaffrey alongside him in the shake-up but for me, it’s a no-brainer.

Cluxton made a huge save from Stephen O’Brien at a crucial time in the replay, he saved a penalty from Paul Geaney in the drawn game, he was perfect under the high ball and nearly perfect with his kick-outs all the way through. I know I go on about him and it isn’t as if his influence on the Dubs is a secret to anyone. But still, I think he’s overdue a major award at this stage.

For Kerry, the winter is there waiting, getting colder and darker by the day. I know there’s all this talk about how it will do those young players a world of good to have this sort of experience in the bank. And it’s probably true to some extent. But it’s not one bit of use to them today.

Nothing else in your football career ever feels as bad as losing an All-Ireland final. Nothing turns you as sour towards the game itself or to the people you come into contact with. The only good that comes with it is the day you come back and win your next one because you find you appreciate it a bit more. But the road back to even get to play in another one is very long and very bumpy.

An All-Ireland final is like the 98th square on a snakes-and-ladders board. The winning team rolls a two and moves on to 100 and wins the game. The losing team rolls a one and lands on a snake’s head, sliding all the way back to the start. You don’t get to start 2020 from halfway up the board. You set out from square one again.

This week in Kerry, wherever the players are hanging out together, that’s the over-riding feeling they will have. You were right there in the thick of it and now you’re nowhere. One minute you’re shaking hands with Michael D, the next you’re in the corner of a pub in the middle of the day, no closer to an All-Ireland than every other player in the country. Getting your head around all that is no picnic.

Talking is grand but it only does you so much good. You go through stages. In bigger groups, you keep it general. In tighter ones, you get into specifics. This was wrong, that was stupid, why didn’t we think of the other? There’s nothing worse than the lad who tells you you played well but cuts the back off one of the others in the same breath. Whether he’s right or wrong, you presume he’s going to move on to laying into you when you’re out of earshot.

It gets pointless after a while. Soon enough, you’re back at work, back at the club, back at real life. At some stage over the winter, you’ll make yourself sit down to watch the game back. If the Kerry lads are real masochists about it, they’ll watch the drawn game back as well. I was always dubious enough as to what good it did me but I always made myself do it anyway.

I found myself doing it in bits and pieces. Usually, 20 minutes would be about as much as I could take before turning it off and coming back to it maybe a fortnight later. It took me until well into November I’d say to watch the 2002 final all the way through.

Oisín McConville’s goal that day turned the game and I was there in the middle of it, the ball going over my head as Paul McGrane tapped it down to him. I nearly had to tie myself to the chair to watch it, knowing I was at fault. What was I thinking? How did I get moved around like that? Why didn’t I take him down?

I think it did me some good in the long run, even if it didn’t feel like it at the time. It made me harder in a way, a bit more cynical maybe. When you watch something like that happen, you keep a picture of it in your head and you can nearly see it flash before your eyes at times in other games in the years that follow. You’ll do anything for it not to happen again.

So that’s what the Kerry players are facing into. The Kerry management too, for that matter. In all honesty, I thought Kerry were a bit sluggish on the sideline on Saturday night. They have plenty of food for thought anyway.

Once Eoin Murchan’s goal went in and O’Callaghan followed it up with a point, the reaction on the pitch was generally good from the players. They inched their way back and when Seán O’Shea scored that huge one into the Hill to bring the score back to a point, I felt that was the time to start getting the subs who’d done so well in the drawn game on to the pitch. The first day had shown what Tommy Walsh and Killian Spillane could do.

Kerry’s big problem as the second half went on was that Dublin were so efficient and ruthless. They put Kerry into a situation where everything had to go right. They had to get the right man in the right position and the right shot had to be taken every single time. And they all had to hit their mark.

Some of the misses in the second half, you wouldn’t blame the players for taking them on. David Moran is around long enough and has been a leader for long enough to know when and where to take responsibility. Both times he lined up to shoot, you were thinking, “Go for it.”

Even with Jack Barry and Tom O’Sullivan, the shots were on. Okay, you’d rather David Clifford or Paul Geaney had the ball instead, but they were in good positions and were entitled to shoot. The problem was, by that stage it was non-negotiable. You’re entitled to take a shot but it can’t be a pot-shot. You can’t be chancing your arm. But because Kerry were chasing the game, they were forcing it.

Diarmuid O’Connor’s wide early in the second half was the perfect example of a young player in his first All-Ireland final just making the wrong choice. Dublin had got in for 1-1 but Shane Ryan was still doing well with his kick-outs and Kerry worked the ball up the pitch safely enough. Geaney played a lovely crossfield ball to O’Connor out at the Cusack Stand sideline and in fairness he wasn’t one bit put off by James McCarthy coming over to shadow him.

A whole world of options

He got a big break then when McCarthy stumbled as he turned inside. Suddenly, with McCarthy on his backside, a whole world of options had opened up for O’Connor. Option A was to kick for a point straight away. Option B was to keep going and move closer in to make the shot easier. Option C was to play a pass inside to David Clifford, who was out in front of Jonny Cooper and Mick Fitzsimons and would have either thrown over a point himself or put O’Connor through on goal with a one-two.

Everything except the first option made life easier. But instead, he chose to cut in on his left to shoot from more or less the same spot on the pitch that Paul Mannion scored two points in the first half. But Mannion is the best left-foot shooter in the game. Diarmuid O’Connor was taking his first ever shot in an All-Ireland final. It went wide on the far side.

All in all, it’s been a good year for Kerry. They’ve made huge strides, considering they didn’t get out of the Super 8s last year. They’ve sorted out the goalkeeping position, which hasn’t really looked secure for years. They’ve proved to themselves that it’s possible to live with Dublin for long stretches. They’ve beaten Mayo and Tyrone and drawn with Donegal so they know they’re at least as good as the best of the rest. This is all good material to be working with.

To make the next step, they need to find stronger defenders. O’Callaghan and Mannion aren’t going anywhere so Kerry have to sit down and work out how best to play them and find the personnel to do it. There’s nothing easy about that task but at least it’s there in front of them. It’s defined. That’s something to work on.

But that’s all for the coming months. For now, all you can do is tip your hat – again – to Dublin and congratulate them warmly on what they’ve achieved. They’re outstanding, plain and simple.

Everyone else has a world of work to do to get up to them.