Ciarán Murphy: GAA online experience for the most part a positive one 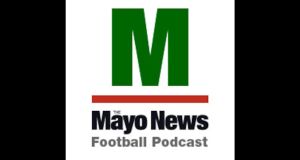 Mayo News GAA podcast hosted a show which itself was celebrating 10 years of the ‘Mayo GAA blog’, run by the indefatigable John Gunnigan.

I have an unhealthy relationship with certain dark, seedy elements of the internet, and it’s time I came clean. Often amateurishly shot, with poor production values, these videos have nevertheless made stars of their main protagonists, not through any acting ability on their part but more their apparent willingness to abase themselves for the entertainment of the masses.

I speak, of course, of post-match interviews with Premier League football fans recorded outside of grounds after adverse results for the team they support, which are subsequently broadcast on Youtube. (Why, what did you think I meant?)

The most famous of these is probably Arsenal Fan TV, where a recurring cast of characters appear on screen and berate Arsene Wenger, Mesut Özil and whoever else screwed up on that particular day.

It is easy to laugh off their demented ramblings, but the sheer numbers of people watching these videos (one posted on Tuesday night after Arsenal’s humiliating home defeat to Watford had been watched over 100,000 times by midday yesterday) suggests that these outbursts of untrammelled anger have an influence. It may dismay right-minded football men, but this has become part of the background noise around Arsenal, and many other clubs too.

We have yet to see anything similar arrive in the GAA, but the internet has opened up to fans rather different ways of following their county team, other than sidling up to players at the butcher counter and wondering how are things ‘inside’.

Last week I spoke to the Mayo News GAA podcast, for a show which itself was celebrating 10 years of the ‘Mayo GAA blog’, run by the indefatigable John Gunnigan.

The blog is a phenomenon (one which Malachy Clerkin of this parish has written about before), with over nine million page views since its inception. But the idea of an online community, curated by John but also to a large extent self-curated by the other readers also, gives us a rather more civil image of what the internet could be like.

Live video streaming is also growing in popularity, and the games between Westport and Kenmare, and Louisburgh against Glenbeigh/Glencar in the Junior and Intermediate club semi-finals in Ennis last Sunday were shown online, with over 17,000 people from 72 (!) countries watching at least a few minutes of live coverage.

Then there’s the idea that there is an audience out there for a podcast-based exclusively on the GAA fortunes of just one (albeit endlessly fascinating) county, like the one that the Mayo News has been producing. That struck me as pretty extraordinary as well . . . until I went looking for some information on how Cavan have been shaping up this year under new manager Mattie McGleenan earlier this week, and discovered there’s also a Cavan GAA podcast.

There is no doubt that the appeal of such podcasts is . . . niche, but that is its essential function. I was in Cavan last year for the final game of the Division Two season, when Galway and Cavan effectively had a straight shoot-out for promotion. Galway needed to win to get to Division One, Cavan needed only a draw.

Cavan won a really good game by a couple of points, and I came away with a slightly better understanding of what football means to the county. And listening to the We Are Cavan podcast this week, I also got a feeling for what the arrival of Dublin to Breffni Park means to GAA people in the county.

There is a crowd of between 8,000 and 10,000 people expected for Sunday, mitigated only slightly by the live coverage on TG4. The absence of Cavan’s two best players against Galway last year, and perhaps the two best players in the squad – Gearóid McKiernan and David Givney, hasn’t dampened enthusiasm for the visit of the All-Ireland champions. Podcasts, blogs, facebook groups and twitter communities can reflect that enthusiasm, and enhance it.

The idea of discourse on the internet as a positive thing is not a majority position to take. The rabidly partisan support of a sports team, where nothing your team or your favourite player does can be held up to unbiased scrutiny, found a natural home online; where you can surround yourself with people who think the same way, creating an echo chamber where nothing gets challenged and previously marginalised positions become normalised.

We haven’t seen that yet in the GAA, although the online build-up to the Mayo/Dublin replay last year was a little more bitter than usual.

Whether I’ll still be saying that the GAA online experience is for the most part an educational and entertaining one after I see the first episode of ‘Laois Fan TV’ from outside O’Moore Park, with a man from Dunamaise expounding on why it’s all gone pear-shaped since Hughie Emerson retired, is another day’s work.