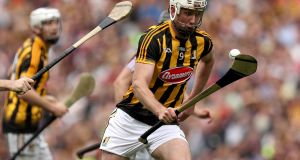 Michael Fennelly: on his best days the Ballyhale man was a force of nature on a great Kilkenny team. Photograph: Ryan Byrne/Inpho 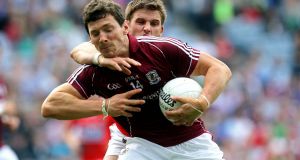 Michael Meehan: despite his class the big day never came. His first year of playing senior for Galway, in 2003, might have been the closest he got. Photograph: Ryan Byrne/Inpho

Michael Fennelly and Michael Meehan both retired this Christmas and, given the individuals in question, retiring at a time when the attention of the world was on mince pies and movies and mulled wine would have been quite purposely planned, for minimum impact.

It will undoubtedly be a relief to them both to no longer have to field quite so many questions about The Injury – most of the time the public didn’t know what it was, but they knew it was there. To be quite frank, The Injury seemed a little bit of an inconvenience to the great unwashed, but the public knew you were battling with it, knew it was probably a bit of an inconvenience for you too, and you had their sympathies . . . up to a point.

Because at some stage the sun would be a little higher in the sky, the ground would firm up, the championship would come into view, and the question would suddenly be asked with a little more urgency – ‘are you fit, or what’?

When you play a nine-month season, with games of roughly equal importance throughout that time, an injury is an injury, with a prescribed recovery time, and a scheduled return. When your season is not so much a season as a series of prize fights to peak for (as Dion Fanning of Joe.ie once memorably described the GAA summer), a four-week injury lay-off can mean your entire year.

In that atmosphere, patience can run short pretty quickly. You can be injured for six months in the winter-time and no-one would raise an eyebrow. But miss a championship game or two and the questions aren’t long coming. Are you fit, or what?

The only thing worse than being talked about is not being talked about, and Fennelly and Meehan were both good enough to ensure that interest in their wellbeing was always high up on the agenda. Club games they featured in would be mini-events in their own right – the result being almost secondary to the latest bulletin on their current state of fitness. How is he moving, did he last the full match – in short, is he fit, or what?

Both players were blessed too with perspective, perhaps a prerequisite to keep signing up for what they signed up for. Meehan has long been one of the most cerebral inter-county players out there, as evidenced by the expert punditry he provided for Newstalk during his first injury-induced spell out of the inter-county game a couple of years ago.

Practice makes perfect, so Fennelly too always seemed able to present a sanguine, philosophical outlook when asked in interviews or on television about dealing with injuries. And it’s to their credit they always found ways to contribute.

Speaking at a press event last year after their Division Two league final win over Kildare, his old mucker Sean Armstrong talked about the impact Meehan had on the younger members of the Galway panel.

“We were chatting about it on the bus on the way home from Dublin last weekend and one of the young lads, who will remain nameless, said ‘it’s great to be on the bus with my idol’.”

Last year seemed like a pretty fitting summation of what they had been through. Meehan’s reappearance with Galway was warmly received and widely anticipated, but he played just five minutes of championship football, his appearance at the end of Galway’s thumping win over Donegal adding a surprisingly emotional grace note to what proved to be their best evening of the championship.

Fennelly was a force of nature against Limerick in Kilkenny’s qualifier win in Nowlan Park in July, but when the following week came, against Waterford, he couldn’t bend the game to his will in the same way and Kilkenny bowed out of the championship at an earlier stage than had ever been in the case in Brian Cody’s long reign.

They both came with extraordinary pedigree, from extraordinary GAA families. Fennelly had to work hard to get into the greatest team that hurling has ever seen, while Meehan always had the misfortune of trying to be the next Pádraic Joyce – the bar, effectively, having been set at scoring ten points in an All-Ireland final.

Fennelly managed to get himself right long enough to win eight All-Ireland medals, which seems like the sort of thing that would put early retirement into a softer light. For Meehan, of course, the big day never came, and in truth, his first year of playing senior for Galway, in 2003, might have been the closest he got.

In light of their transcendent excellence as young players, and their brilliance at their best as adult players, perhaps the nicest thing we can say about their injuries is that they ensured we never took them for granted – and that’s something.