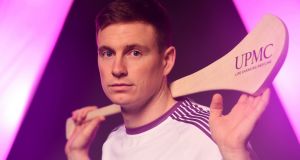 It’s three years since Austin Gleeson was named Hurler of the Year in 2016 and he feels he’s never quite returned to those heights since. Photograph: Sam Barnes/Sportsfile

Liam Cahill was barely in the door as Waterford manager when he took an axe to his panel, dropping captain Noel Connors and experienced forward Maurice Shanahan.

It wasn’t quite the cull performed by Derek McGrath at the tail end of 2014, also after a poor season, but if Austin Gleeson is correct, it could prompt a similar response.

Waterford won the league in 2015, months after McGrath handed a series of established players their P45s and Gleeson interpreted Cahill’s recently move as a significant marker designed to light a fire under the remaining players.

Truth be told, Gleeson feels they need a jolt of energy from somewhere having lost eight of their nine Championship games - drawing the other - since the 2017 All-Ireland semi-final win over Cork.

The good news from Cahill’s perspective is that Gleeson reports a squad energised by the fear that it could be any of them to be dropped next and determined to work harder than ever to avoid that fate.

“When I heard that Noel and Maurice were cut from the panel, it was a signal of intent of what way the lads wanted to go,” said Gleeson at the announcement that UPMC is the official healthcare partner of the GAA/GPA. “It’s after making us train harder, a lot harder. The fear is there that he’s laying down his own marker. It’s something that maybe we needed, needed big time, to make us just be hungry again I suppose. And it’s after happening.”

A wake-up call of sorts then?

“Yeah, it is, absolutely,” said Gleeson, who admitted he personally has cancelled Christmas in a bid to regain full fitness and top form.

“I’m going to empty myself for the whole winter. The last couple of winters I’ve had small little niggles that have made me miss a training session or two, that I probably could have pushed through and probably got through the session to get the fitness up. This year, I’m just saying I’m getting myself as fit as I possible can and I’m going to get myself ready for the Championship.

“I’ve always enjoyed my Christmases, if you want to put it that way, like every player wants to do, because it’s the only time of the year you have to sit back and relax with friends and family. This year, I’ve made a conscious decision myself that I’m not going to do that. I’m going to train and really sew into it. Everyone is exactly the same, we’re all going to do exactly the same. It’s going to be a 10-month process instead of saying, ‘Oh, we’ll be grand if we start really training hard in January’. Everyone is just going to really go at it now from November.”

It isn’t just Cahill’s arrival that has prompted this redoubling of Gleeson’s efforts. It’s three years since he was named Hurler of the Year in 2016 and he feels he’s never quite returned to those heights since.

That isn’t all down to him with injuries, particularly in 2018, and dubious refereeing calls, tearing the team asunder at times but the 24-year-old is honest enough to acknowledge he never franked that 2016 form with sustained brilliance.

“I was very young getting it, very naive,” he said of the award. “That winter there were a number of different awards ceremonies, I probably would have went to the opening of an envelope, just to experience it all. If I could go back, I would have cut a lot of them, to be honest. I was missing a couple of training sessions because I was going to these awards nights and it just kept going from there and I couldn’t get back to where I wanted to be, where I was in 2016. I still haven’t even come close to getting back to that point again. So I’m just trying to drive on this year and go and train as hard as I ever have, and so is everyone. Even two weeks in, we can see that lads are waiting and mad for a go at it this year to see where it takes us.”

Meanwhile, Colm Callanan, the Galway goalkeeper in 2017 when they overcame Gleeson’s Waterford in the All-Ireland final, has retired at the age of 37.

“I was blessed to have shared a dressing-room with such brilliant people throughout my career,” said Callanan, who has accepted a coaching role in new manager Shane O’Neill’s backroom team.

Limerick defender Richie McCarthy has also hung up his hurley, the 2018 All-Ireland win and All-Star award in 2013 the highlights of the 31-year-old’s career.