FAI is on the brink; news expected on extent of Johnny Sexton’s injury 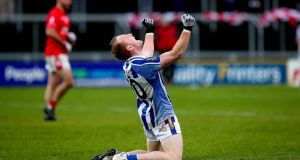 After a tumultuous week which exposed the dreadful financial state of the FAI’s finances, there was some positive news last night with the news that Minister for Sport Shane Ross hopes to restore the majority of state funding for grassroots soccer. The €2million being channelled by the Government to grassroots soccer would fund the roles of the approximately 60 community development officers nationwide and their associated programmes. It’s a major boost for an association who, according to one of Ireland’s leaders on corporate governance – Professor Niamh Brennan – are at death’s door and only government interventioncan save them. Writing this morning she examines the FAI statements released on Friday and sees very little light at the end of the tunnel. “Over many years, the FAI board allowed itself to be captured by its CEO, John Delaney. Board capture results in dominant CEOs, in effect, setting their own pay. The FAI board appears to have approved Delaney’s 2014 contract, without sight of the contract. This seems extraordinarily lax,” she writes.

On to rugby and it was a positive weekend on the whole for Irish provinces against their English counterparts with the loss for Connacht and Johnny Sexton’s knee injuries the only blips. Leinster are expected to update on the extent of the outhalf’s injury at their media briefing this morning. The news will be crucial not only to Leinster but also to Ireland as Sexton is considered one of the favourites to take over the mantle of captain heading into next year’s Six Nations, writes Gerry Thornley. Leinster’s win over Northampton Saints was an impressive performance from the Irish outfit and Saints manager Chris Boyd says that the province are operating at a different level to most. “It’s a learning for us that there is another level of physicality and fitness required if we are going to compete at any stage with teams like Leinster,” he said. In Limerick, Munster pulled off the scalp of beating Saracens and captain Peter O’Mahony afterwards lauded second row Billy Holland for his huge impact in the lineout.

1 Gardaí may have to wait days to interview mother of McGinley children
2 McDonald and SF candidates sign pledge to be guided by ard chomhairle
3 Parents jailed over female genital mutilation of daughter
4 No obvious signs of injury on remains of McGinley children
5 Ireland v Scotland: Doris’ day as Caelan set for first cap
6 Gary Lineker: ‘60 is just a number, 70 is the one to worry about’
7 Why our love for Leo is withering on the vine
8 Man given suspended sentence for assaulting transgender escort
9 Varadkar blames British ignorance of Ireland for Brexit impasse
10 Coronavirus: Irish in Wuhan say they won’t leave Chinese partners behind
11 Brexit is a collective English mental breakdown
12 Motorists urged to take care after snowfalls in west of Ireland
13 McGinley deaths: ‘I will always remember your three happy faces’
14 Election fact check: Is home ownership in Ireland at a near 50-year low?
15 Dancing with the Stars: Glenda Gilson sinks like Titanic
16 Ireland’s housing crisis in five revealing graphs
17 Woman charged over Gorey stabbing told gardaí she ‘didn’t mean for him to die’
18 The notorious Donald John Trump goes on trial
19 Radio: Brendan Howlin sets the record straight for Miriam O’Callaghan
20 Six Nations: Pundits, journalists and players have their say
21 Hugh Wallace: The day I stopped drinking changed my life
22 Why are Fine Gael and Fianna Fáil refusing to go into coalition with Sinn Féin?
23 Thomas Markle: My Story – ‘It’s time to look after Daddy’
24 I’m Irish and I live abroad. Why have we been forgotten in Election 2020?
25 Daughter insisted she did not ‘harm a hair’ on Patricia O’Connor’s head
26 Seamus Mallon funeral: ‘Farewell to a great chieftain of Irish political life’
27 Una Mullally: Those attacking Sinn Féin have become cheerleaders in reverse
28 Are almonds bad for the environment?
29 ‘We serve neither Queen nor Commisar’: The birth of the Provisional IRA
30 Abtran challenges award of €63m contract by Irish Water to rival company
31 The Irish Times view on the coronavirus outbreak: China’s big experiment
32 Labour Party to consider introducing four-day week
33 Frank McDonald: Housing policy a litany of failure
34 Bobby McDonagh: Light a candle for Brexit
35 Pilita Clark: When a rude boss keeps you waiting, why not walk out?
36 ‘It’s something you don’t want to hear. You always think it happens in other places’
37 Accuser tells jury that Harvey Weinstein forced oral sex on her
38 Support grows for John Bolton’s testimony in impeachment trial
39 TikTok boom: The app exploding in popularity among Irish teenagers
40 Judge dismisses Kobe Bryant rape case
Real news has value SUBSCRIBE