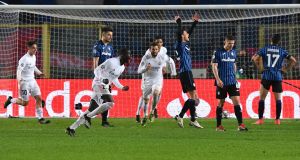 This Saturday in Rome is very much a should-win and must-win match for Ireland as they face Italy off the back of two losses in their opening two Six Nations matches. Later this morning Andy Farrell will name his team for the 2.15pm kick-off at the Stadio Olimpico and Gerry Thornley predicts a shake-up with a new frontrow expected. “David Kilcoyne, who also missed that match (France), is set to start at loosehead, with Rónan Kelleher in line to be promoted after his try-scoring cameo against Les Bleus, as is Tadhg Furlong,” he writes. One of Ireland’s main issues so far has been an inability to get over the line for tries. This morning John O’Sullivan analyses the issues in his stats column and concludes that it is not for a lack of creativity that the scores aren’t coming. And while the debate about who Ireland’s next outhalf will be after Johnny Sexton continues, there will be welcome sigh of relief later today when Joey Carbery is expected to be named on the Munster bench for their meeting with Cardiff on Friday, paving the way for his return to rugby.

Moving on to golf and Tiger Woods is continuing to recover from a near-fatal car crash on Tuesday which left him with a fractured right left and a shattered ankle. Local officials said yesterday that the golfer will not face any charges for what is deemed an accident while Dr Riley Williams, sports medicine surgeon at New York’s Hospital for Special Surgery, has said the 15-time Major winner could make a return to the golf course at some stage in the future. Whether or not he does tee it up again is immaterial at the moment according to Rory McIlroy who said in his pre-tournament press conference ahead of the WGC-Workday Championship that we should all just be thankful now that Woods is alive. Elsewhere in our golf pages this morning Dave Hannigan is writing about former mayor of New York Rudy Giuliani and his latest gaffe which saw him tell a bizarre story about Michelle Wie on a podcast last weekend.

5 Fintan O’Toole: Prince Philip - asylum-seeker and citizen of nowhere, but rich and white

11 Can I see copies of earlier wills my mother wrote?

13 ‘He’ll be missed’: Locals turn out to say goodbye to popular shopkeeper

16 Q&A: Where do we stand on AstraZeneca vaccine now it is restricted to over-60s?

17 Coronavirus: 358 new cases and 18 further deaths reported in the State

19 How supermarkets trick us into buying unhealthy food, and what we can do about it

24 Covid-19: AstraZeneca vaccine should not be given to patients under 60, Niac advises as appointments cancelled

26 Mary Coughlan revisits her past: ‘It was everywhere. Bags of cocaine, champagne and tequila’

30 Louis Theroux: ‘I worry about giving offence, being judged, not coming up to scratch’

31 My Bloody Valentine: Very loud, very fuzzy, and heading back to their Irish studio

32 ‘Fame? If you have any personal demons, you’re quite not prepared for it’

34 Ken Early: It’s time for Alexander-Arnold to move to the middle

36 Evictions can recommence from April 23rd

40 Q&A: Which Level 5 restrictions are being lifted from today?