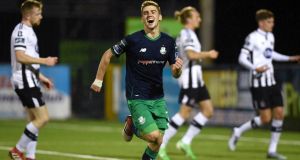 Darragh Ó Sé believes that Mickey Harte’s football philosophy hasn’t changed since he was playing, but the players available to him are not as good. He sees them disrupting Dublin’s rhythm but not being able to score enough to win; “Tyrone will do their best to try and smash into Dublin, to avoid what happened in last year’s semi-final and to stop them getting into the lovely, unhurried rhythm they’ve been in all year. But they can’t do that for 70-80 minutes.” Seán Moran meanwhile is warning Dublin to beware of Harte stopping strategies - Tyrone’s three All-Ireland wins have all been achieved against the defending champions.

Leinster and Ireland flanker Sean O’Brien says he is in tip-top shape and ready to make a return to action. Looking to get some pitch time in the coming weeks, probably late September, his fresh optimism follows a season that seemed to collapse around him between the 2017 Lions Tour and Leinster’s 2018 double. “Probably in better shape than I have been in my life,” he says. “So I should be in the best place I have ever been in my career when I come back.”

1 Anti-Irish bigotry in Britain has not gone away
2 Steve Coogan: ‘Come Out, Ye Black and Tans is two fingers to the British’
3 Ryanair’s Michael O’Leary under fire for comments on Muslim men
4 Coronavirus in Europe: Two dead in Italy as fears grow that attempts to contain illness are failing
5 The view from Clondalkin: If Sinn Féin don’t get in, ‘there will be marches’
6 Founder of disabilities network with Irish centres sexually abused six women
7 Drug dealer loses codes for €53.6m bitcoin accounts
8 30 great family holiday destinations in Ireland and abroad
9 Fintan O’Toole: Irish voters' actions are not populist – just sensible
10 Weekend of floods, sleet and high winds in store as weather warning issued
11 Pat Leahy: Fianna Fáil and Fine Gael will not crawl off and leave McDonald the stage
12 Ben Affleck: ‘It took me a long time to admit I am an alcoholic’
13 Parties to continue talks with Sinn Féin despite Drew Harris’s IRA comments
14 Uncovering Ireland’s lost field names before it’s too late
15 Ross O’Carroll-Kelly: ‘I just shake my head ... The dirty dog. The filthy hypocrite’
16 My debating days: By Michael D Higgins, Mary Harney, Dara Ó Briain and more
17 Young ‘doctors of the sea’ can often need a helping hand
18 Would you kill one person to save five? Depends if you’re a millennial or not
19 Jennifer O’Connell: Why are women in midlife so unhappy?
20 Paul Flynn: How to cook the perfect chowder – don’t use flour and keep it simple
21 David McWilliams: Germany needs a new business model
22 Who turned up to the Dublin casting call seeking ‘bone thin, amputees, crooked teeth’?
23 Keeping Donegal on the road to success a costly business
24 Lithuanian man given until midnight on Saturday to leave Ireland
25 ‘I joked about swapping bodies’: The story of a trans couple in Sligo
26 The difference between Irish and American debaters
27 A Dad with brain cancer: I was given 18 months to live, it put things into perspective
28 Martin Hayes: ‘Retirement is a terrible disaster if it’s something you love doing’
29 Could a product from Lidl or Aldi change your life?
30 MV Alta: The unmanned voyage of the Ballycotton ‘ghost ship’
31 Do you have a Caroline Flack relationship with social media?
32 Teenager arrested after three-day barricade incident in Co Donegal
33 Miriam Lord’s Week: A grand coalition of grudges beckons
34 L’Arche founder implicated in sexual abuse of women
35 Google completes purchase of Treasury Building for €120m
36 More than 25 people to sue over circulation of images taken at Dublin Garda station
37 The close links between Sinn Féin and IRA untangled
38 England v Ireland preview: Ireland’s revival to face its sternest test
39 Irish singer ‘healthy and safe’ after leaving coronavirus ship
40 Six Nations: Ireland v England all you need to know guide
Real news has value SUBSCRIBE