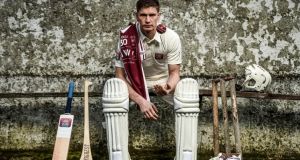 If you’re buying just one sports book for yourself or your loved ones this Christmas, it will probably be Paul O’Connell’s autobiography The Battle, with Alan English. In it he describes what it’s like to be a part of Ireland’s first truly successful indigenous professional sports club – the Munster rugby team.

Vast swathes of the book are dedicated to how he reckoned the major strength in Munster throughout the early part of his career was down to the manner in which the players dictated the atmosphere in the group. Declan Kidney’s success as head coach had as much to do with him having the wherewithal to get out of the way and let the players set the tone as it had to do with any tactical nous he may have had.

In the book, O’Connell says he met former Munster head coach Rob Penney before he was offered the job – “I think Garret Fitzgerald wanted to make sure a few of the senior players were comfortable with whoever was chosen”. And the book describes in detail the sort of character required to drive Munster’s standards – dogged, contrary, cranky, mouthy. Rugby players are used to consultation, they’re used to empowerment, and they’re used to the pressure that puts on them.

Which brings us to Mayo. The interview given by Noel Connelly and Pat Holmes to the Irish Independent over the weekend has gotten plenty of coverage since, and while they may have believed that telling their side of the story would turn the tide of public opinion in their favour, the majority of the reaction to it appears to spare the pair little. Their insistence that they were doing this for the good of Mayo football did not survive long under many people’s microscope.

If they had wanted to help Mayo, they would never have done this interview. As they look on from the outside, their silence is the only way they can help. The only people that could possibly have been served by this interview were themselves . . . and yet they accuse players of being selfish, and being consumed by ego. Of course, they have a right to say whatever they like about their time in charge, but it doesn’t make it the correct thing to do.

Not every relationship you’ve ever been in ends amicably. And not every relationship has a moment which ultimately dooms it to failure. More often than not, it’s not one big moment, but a million small moments that bring one side to the conclusion that it’s just not going to work out.

Now the jilted party can sit there across the restaurant table and demand an explanation, and the six or seven reasons you provide might not sound all that disastrous, but it doesn’t matter. Sometimes the jigsaw puzzle doesn’t fit together, and someone has to make the unpopular call. Maybe if the Mayo footballers had just told them “it’s not you, it’s me” enough times, this might never have dragged on.

As you read on, and you hear about Aidan O’Shea being denied the chance to take part in an AIB-funded TV show called The Toughest Trade (he eventually took part in the show in 2016), and older men spit out the words “Twitter followers” like it’s shorthand for taking up a cabaret residency in Vegas, you can’t help but think again that winning an All-Ireland solves all this nonsense at a stroke.

Everything an All-Ireland winner does is right, and everything a loser does is wrong. And that’s it. By that way of thinking, Brendan Maher’s two weeks’ playing cricket in Australia filming The Toughest Trade this year was a vital component in preparing him for a year in which he captained Tipperary to the All-Ireland. It no doubt opened his eyes to a new sporting culture, aided his hand-eye co-ordination, topped up his tan, improved his diction, and helped him find God.

Or maybe it was just a cool thing to try for a couple of weeks. We may never know.

It didn’t seem to bother Jackie Tyrrell the year before either. If I was Derek McGrath or Micheál Donoghue, I’d be bending over backwards to convince the producers to hire a Waterford or Galway hurler for the 2017 edition, because this show has a 100 per cent All-Ireland success prediction rate so far.

The Mayo players don’t emerge from this unscathed, but it hardly comes as a surprise that a high-level sports team has in its midst characters that are almost nasty in their willingness to win. Their willingness to be unpopular, to say the unpopular thing, is part of the reason why we follow them. It’s why men like Paul O’Connell and the Munster legacy he fought his entire career to protect and enhance are so interesting to us.

1 Madigan’s primary goal is Ireland caps after switch to Ulster
2 View from Melbourne: Sporting fabric of the city suffering from second lockdown
3 Exiled Seán O’Brien not ruling out a third Lions tour
4 Seán Moran: It won’t take much before cancelling All-Ireland looks like a solution
5 Gerry Thornley: World Rugby’s problem is that refereeing is not an attractive career path
Real news has value SUBSCRIBE
Here is your handy guide to sport on television this week