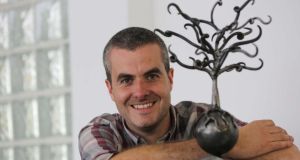 Galway sculptor Donnacha Cahill recently walked by a large-scale spherical object called Exploration 1 , at Dublin Airport. He stopped, but he was watching those looking at it. It’s his piece.

“It looks like it landed there, as if one of the DAA staff are using it to commute. I get a kick seeing people wondering what it is.”

It’s the last of his sculptures on display around the airport – “I’m using the airport as storage now”– after an exhibition last year, which arose after Cahill was commissioned by the DAA for the Allianz Business to Arts Awards 2013.

A limited-edition piece, Balance , was given to award winners for their successful business and arts collaborations, but it also incorporated the relationship between the two disciplines into its design and meaning.

“It’s about businesses and the arts working together to nurture something, to make something beautiful, which is a delicate thing. The word that kept coming back to me was balance.”

This is reflected in the sculpture. “Sometimes sculpture can be stagnant; I’m interested in energy and the idea that something can happen. With the ball and triangle shape it looks like it might roll off. I wanted to incorporate that energy, that idea of growth, into its design.”

“I never find corporate funding a restriction. I have no interest in making someone else’s ideas.

“Everything I do is to satisfy myself. At the same time I have to survive and to produce work. It’s a two-way thing. Businesses must have faith in the artist’s area of expertise, in which they’ve trained, and trust that they know how to engage the public. Artists have to realise they are working with a corporate organisation. It’s about respect.”

Getting seen is also important. “If it doesn’t interact with the public, what’s the point?” asks Cahill. “That’s where the satisfaction lies too, the feedback and reaction. It’s about communicating with people.

“There can be an idea amongst artists that getting business funding is a dirty thing, like selling yourself or begging.

“But you’re always begging; asking for an Arts Council grant is asking for money. It’s hard either way and you have to try every avenue possible. The artist has to think like a business; life is a business and everything costs money. Once you’re established, there are more options and it might be easier.

“Sometimes I think I should get a ‘normal’ job. But the reward is good; it’s good for the soul.” 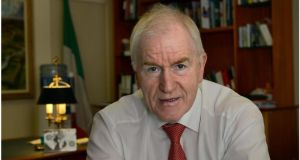 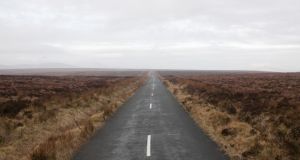 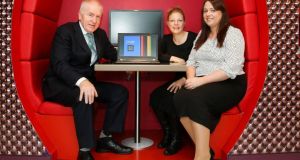