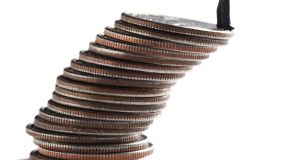 “For someone who is €100,000 over the threshold at retirement, a tax charge will be deducted from their benefits of €40,000, and the €60,000 remaining will likely be subject to income tax at 40 per cent, USC at 8 per cent and possibly PRSI at 4 per cent.” Photograph: iStock

While most of us do not need to be aware of the upper limit when saving for pensions, there is a cohort of people who are liable to face severe penalties if they cross the standard fund threshold (SFT), which is currently set a €2 million.

“The Standard Fund Threshold is the Revenue limit on the amount of pension benefits that an individual can build up without being subject to severe tax penalties,” explains John O’Hara, associate director at Davy.

While there are no current plans to further reduce the threshold, it remains a possibility, suggests O’Hara. “There have been no further changes to the threshold since 2014 and the Government have given no indication that they intend to cut it further. However, the UK equivalent, known as the standard lifetime allowance, is set at approximately £1 million, so a further reduction would not be unprecedented” he says.

The cost of passing the threshold is very costly, as O’Hara illustrates. “The value of any excess benefits over the SFT is subject to chargeable excess tax [CET] at 40 per cent. So for someone who is €100,000 over the threshold at retirement, a tax charge will be deducted from their benefits of €40,000, and the €60,000 remaining will likely be subject to income tax at 40 per cent, USC at 8 per cent and possibly PRSI at 4 per cent, leaving circa €30,000 of net income. So building up benefits above the threshold is extremely inefficient from a taxation viewpoint.”

Those approaching the threshold would be wise to seek advice and take action before crossing it, suggests Trevor Booth, head of financial planning at Mercer. “Since the most recent reduction to €2 million, the real value of the SFT is being eroded by inflation so more people are being caught by this limit,” he says.

“Where an individual is expecting to exceed the SFT, making future contributions to the pension is unlikely to be advisable as you only receive 40 per cent income tax relief on contributions but could pay 70 per cent tax when the funds are withdrawn,” he says.

“Another option would be to access your pension immediately once your fund breaches the SFT. As the SFT is only applied once at the point an individual retires their pension, it is possible to crystallise the test and allow your fund to grow tax-free thereafter through a post-retirement fund like an ARF,” explains Booth. “This means that an individual could access their pension early in order to pay the penalty tax now rather than let the fund grow and also incur 40 per cent penalty tax on the growth.”

However, that may not be so straightforward, depending on pension restrictions. “Some pensions only allow retirement from age 60 and others may not be accessible until you leave your current employment or reach the normal retirement age for a defined-benefit scheme,” says Booth.

Even facing into the SFT, there may be options to soften the blow. “There is also potential for a credit against the penalty tax for exceeding the SFT. This credit is from the tax paid on your pension lump sum so an individual could have a higher limit in practice than €2 million depending on the lump sum taken. If you can take a retirement lump sum of €500,000, then you would have the maximum credit and an effective limit of €2.15 million,” explains Booth. “A further option to look at, given the increasing number of affected people working for multinationals, anyone who worked overseas for their employer could be able to ignore the period they were in foreign service when testing against the SFT.”