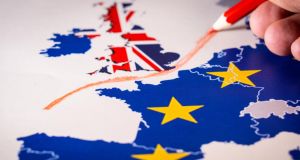 Economic uncertainty typically reduces the flow of M&A activity, therefore it goes without saying that Brexit poses a significant risk to the Irish market.

Yet with all the doom and gloom, Brexit invites some positives. “Companies are looking to Ireland as a post-Brexit European base and this has led to an increase in inbound transactions from the UK (including large internal cross-Border transfers), as well as some mid-market M&A, principally in the financial services sector,” John Matson, partner, M&A department at Arthur Cox says.

However, as a counter to this, M&A activity emanating within the UK has generally slowed, in particular, transactions from Ireland to the UK have been impacted. A number of businesses have put their sale plans on hold until there is further clarity on the postBrexit economic climate.

Certain industries are justly concerned with the prospect of a “hard” Brexit, such as the agri food, financial services and pharma sectors.

With Brexit, Ireland is now more attractive than before

“A ‘hard’ Brexit will likely negatively impact financial performance and valuations, particularly in these sectors, and this and the overall uncertainty will impact M&A. A ‘soft’ Brexit, depending on the terms of any agreement reached, will provide some stability and should lead to a marked increase in M&A activity emanating from and into the UK and for Ireland. Deals which have been on hold may come back to the market and opportunities should arise for both buyers and sellers in the Irish market,” Matson says.

However, as the Brexit outcome is still in a state of flux, the current implications make decisions harder to come by and M&A forecasting challenging, says Katharine Byrne, partner at BDO.

There is a concern that either a no deal-Brexit or a “hard” Brexit will have a neutral to negative effect on deal activity in 2019 but she agrees with Matson that, regarding Ireland’s inbound M&A, volumes will probably improve as UK and international businesses are attracted to Ireland as a means of de-risking.

Some will grasp the opportunity to sell, Mark Ward, partner and head of M&A in A&L Goodbody predicts. “Ireland remains an attractive market for investment generally and that can be greenfield operations or by acquisition. With Brexit, Ireland is now more attractive than before with the unfettered access to Europe compared to our near neighbours, so Irish targets will become more attractive than their UK equivalents. One example that we have seen is US regulated businesses looking for an EU presence and chasing that by means of acquisition. Ireland is a very attractive option for them now. The sectors that will be most active remain tech of all kinds, energy, property, pharma and life sciences, financial services and food and beverage.”

A number of UK companies are looking to acquire Irish businesses and this is particularly the case where the acquirer may have either regulatory or supply chain issues post-Brexit, David O’Kelly, partner with KPMG corporate finance says.

“There are also Irish acquirers looking to see whether the current environment creates an opportunity to get a foothold in the UK in an attractive manner. There is clear evidence in the last number of years of Irish companies acquiring targets in European countries, potentially to open up new markets as a hedge against too much dependence on the UK.”