Analysis: London’s rejection of treaty-based dispute resolution makes any hopes of a deal more remote than ever 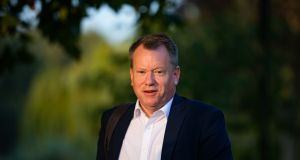 The UK’s willingness to repudiate parts of the Brexit withdrawal agreement has cast a deep shadow over the reopening of the important talks this week between UK and EU chief negotiators David Frost and Michel Barnier on trade and their future relationship.

Agreement may now be impossible, even if specific British Northern Ireland concerns on state aid and export declarations are resolved elsewhere, because the UK will be expected to sign up in any trade agreement to provisions for dispute resolution that it has just expressly repudiated.

Such provisions, and a requirement by both parties to be bound by them, are an inescapable part of the architecture of a trade agreement and, along with the difficult issues of state aid and fishing, their shape remains unresolved in the talks.

Withdrawal agreement provisions on a shared approach to dispute resolution are a central part of the structure of the treaty and mirror provisions in most other treaties, reflecting the self-evident principle that because the provisions of a treaty are applicable and binding to both parties, both must be allowed to share in resolving its disputed interpretation.

Unresolved disputes in the ongoing trade talks involve the well-publicised issues of fishing rights and state aid rules, but also, most importantly, the very unsexy “governance” issues – how the treaty will be policed and administered.

Central to the latter is a dispute resolution mechanism, an essential pillar of any treaty, and which, in the withdrawal agreement, as in all treaties, has to be based on two key principles: the first being that both parties to a treaty agree a mechanism for resolving disputes, in this case in the joint committee charged with implementing the agreement, and binding arbitration where it cannot agree by a mutually agreed panel. This allows them to share in resolution of arguments about what it means.

The secondly principle is that both commit only to use the procedures of the treaty to resolve differences. Unilateral interpretation is ruled out.

The withdrawal agreement also provides for the possibility of referring disputed legal interpretations of EU law and treaty requirement to the Court of Justice of the European Union, anathema to London.

Commission sources confirm that such dispute resolution provisions, or near identical ones, will inevitably be part of the governance provisions of the trade agreement.

In insisting on its right to interpret the state aid and customs declaration provisions of the withdrawal agreement and Northern Ireland protocol as it sees fit, the UK has opted out of the agreed dispute resolution mechanism and the Article 168 “exclusivity” obligation.

It is difficult to see how UK can now subscribe to such provisions in the trade agreement, or how anyone could accept their signature bona fides without an assurance that the Internal Market Bill is a mistake and will not be proceeded with.

The refusal of the UK to date, moreover, to engage in provided-for binding arbitration on the NI protocol issues of state aid and export declarations must be understood as reflecting London’ s clear understanding that arbitrators would be bound to confine themselves to interpreting the meaning of the treaty, not to renegotiate it. London’s issue is that it objects to the unambiguous provisions of the protocol – which it signed up to last year – and which cannot be interpreted away.

London’s rejection of treaty-based dispute resolution has created a major, perhaps unsurpassable, logjam for the future relationship talks, a rod for its own back that makes any hope of a deal before the end of transition more remote than ever.

1 Dr Tony Holohan expected to return to his post next week
2 How one couple’s weekend away resulted in 30 Covid-19 cases
3 Woulfe resignation would be unjust and disproportionate, Denham report concludes
4 Nphet meets but no change to current alert levels expected this week
5 Two Portobello homes get the designer treatment
Real news has value SUBSCRIBE