The authors: Career gardaí who served at highest levels 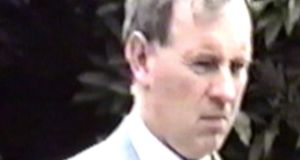 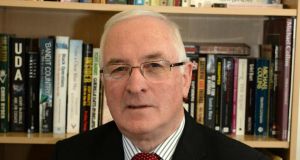 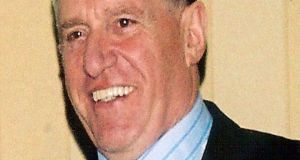 A member of the Garda Síochána since 1967, he served initially in Ardee and Drogheda before transferring to the Border in 1975 where he served as a sergeant at Dromad and Hackballscross stations. In 1986 he was appointed inspector and served at Dundalk Station until 1991.

During this time he was assigned the duties of Garda liaison officer with the RUC at Newry. From 1993 until 2002 he served as superintendent and district officer at Dundalk where his duties brought him into daily contact with senior officers in the RUC in Newry and Armagh. In 2002 he was appointed chief superintendent and transferred to Sligo where he served as divisional officer of the Sligo/Leitrim Division (also a Border division) until his retirement in 2005.

He gave evidence at the Smithwick tribunal.

He joined the Garda Síochána 1968 and served in Dublin for the first part of his career. Promoted to sergeant in 1978, he was was posted to Hackballscross station.

He subsequently served at many Dublin locations, was appointed a detective inspector and ultimately a chief superintendent, serving at Portlaoise and Dundalk stations. He was posted to Garda HQ in 1995 where he was head of the Garda Technical Bureau.

In 1999 he was appointed detective chief superintendent with command and responsibility for the Liaison and Protection section at Garda HQ. This was a section located within the Crime and Security Branch. This position had primary responsibility in the field of International Police co-operation. He was also responsible for the protection of sensitive individuals and targets. He was Head of Europol National Unit and Head of the National Central Bureau of Interpol. He retired in 2006 and served for two years as a special adviser to the Garda Ombudsman Commission.

He joined the Garda Síochána in 1968 and was posted to Kells, Co Meath. In 1977, he was promoted to sergeant and transferred to Hackballscross in Co Louth. Subsequently he was transferred to Navan where he was appointed a detective sergeant and had responsibility for the investigation of subversive and other criminal activities.

Promoted to inspector and posted to Dundalk station in 1989 after the murders of the RUC officers. He was appointed a detective superintendent in 1992 with enhanced responsibility for the Louth/Meath division with particular reference to Border security. This involved regular liaison and meetings with the RUC. He was promoted chief superintendent in 1997 and he took charge of this division. He retired in 2006.

He gave evidence at the Smithwick tribunal.

1 A letter to Ireland from Italy: this is what we know about your future
2 Coronavirus: New powers for gardaí expected to come into force
3 Miriam Lord: Vigilant Richard Boyd Barrett keeps the Hungary at bay
4 Tempers fray as coronavirus lockdown fatigue hits Italy and Spain
5 From eating healthily to staying warm, how to treat Covid-19 in the home
Real news has value SUBSCRIBE