The 10 reasons why house prices and rents must fall 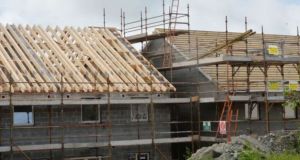 It is widely accepted at least 10,000 new units of social housing are required each year to meet demand 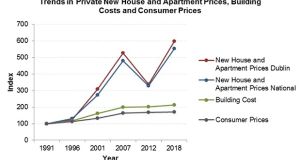 House prices in recent years should never have been allowed to soar to the point where they have become unaffordable for the vast majority of aspiring purchasers. Rents in the private rental sector are also unaffordable for most. Vendors seeking inflated prices for their homes have been forced to reduce them, as demonstrated by recent estate agent and auction results. Here are 10 reasons why significant falls in house prices and rents are likely to occur sooner rather than later.

1. As recently reported by the Economist magazine, housing in Ireland is now significantly over-valued or, more accurately, over-priced. This over-pricing is reflected in new house and apartment prices that are now well above their peak in 2007. In fact, for over 20 years house prices in Ireland have been completely out of line with indicators such as the Consumer Price Index, the cost of building and average earnings. Despite falling for a short period after the crash, prices have climbed sharply since 2012. This dramatic escalation was avoidable and simply cannot be justified by Government.

1 Young homeless mother may have been dead in tent for a number of days
2 Bodies of mother and two children removed from south Dublin house
3 Aldi, Lidl bow to pressure to ban non-essential ‘middle aisle’ sales
4 Europe enforces restrictions to avoid ‘millions’ of deaths
5 Cork shootings: Gardaí believe older son was shot multiple times
6 Mazda’s first EV requires mental recalibration
7 Michael Harding: Three reasons you’ll never see a cat in Donegal
8 ‘I actually didn’t know Ireland existed. But I read about it and knew it was perfect for me’
9 The real Contagion virus is out there and it’s causing virologists to worry
10 Cork shootings: Gardaí find lengthy apparent suicide note on one of the dead men
11 Mother of two sentenced to life in jail for murder of former husband
12 Man jailed for five years for killing 7ft 5in Belarusian man
13 No grand conspiracy to protect those responsible for mother and baby homes
14 Medical gaslighting: The women not listened to or viewed as overdramatising or catastrophising
15 Mother and two children found dead in Dublin home
16 Newton Emerson: Money talks and waffle walks in Shared Island initiative
17 Six Nations - France v Ireland: Kick-off time, TV details, permutations, team news and more
18 Dublin City Council seek use of Docklands tower block for social housing
19 In rural America, support for Donald Trump is complicated by the pandemic
20 Dutch lockdown extended ‘well into’ December as Covid-19 cases surge
21 School closures on the agenda following ASTI vote
22 Life under Level 5: Where can I go, who can I see, what is closed and what is open?
23 Coronavirus: Europe paying ‘high price’ for relaxing too quickly
24 Mountjoy prisoners gain access to third-level education during pandemic
25 Olivia Newton-John: ‘For me, my cancer has been a gift’
26 Second-level teachers vote for industrial action over school safety and pay
27 Johnson’s Brexit Bill set to be blocked by House of Lords
28 Johnny Ronan loses out on €315m Dublin docklands deal
29 How long can Government afford to keep State pension age at 66?
30 Author Julia O’Faolain has died, aged 88
31 Germany to impose month-long partial lockdown from Monday
32 Son (23) who died in suspected Cork murder-suicide was due to graduate
33 What killed Michael Hutchence? A head injury, says Helena Christensen
34 Keith Jarrett: ‘I was paralysed. I don’t feel right now like I’m a pianist’
35 Michael McDowell: We must check if this Covid-19 lockdown is really necessary
36 Ex-GAA player had up to €386,000 transferred to Dubai bank, court told
37 UCD professor asked to resign from EU committee over Covid-19 claims
38 Medtech start-up Venari raises €4.5m in seed funding
39 Cork suspected murder-suicide may have been over disputed will
40 James Ryan leaves leading Lions talk alone for now as he relishes Paris return
Real news has value SUBSCRIBE