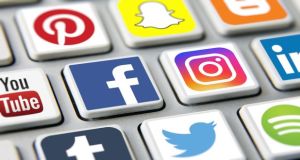 An academic study has now confirmed the full extent of Sinn Féin’s domination of social media.

Sinn Féin’s domination of social media in February’s general election contributed significantly to the party’s stunning success, particularly among younger voters, and it points up an alarming level of complacency or incompetence in the way the other two big parties Fine Gael and Fianna Fáil approached the campaign.

Sinn Féin ran a social media onslaught right out of the playbook of Donald Trump or Matteo Salvini, attacking the two mainstream parties as “elitist” and out of touch with the concerns of ordinary people and presenting themselves as the agents of change. It succeeded beyond the party’s wildest dreams as evidenced by the fact that it didn’t run enough candidates to capitalise fully on its support.

1 Coronavirus: No additional deaths in State but 68 new cases
2 At least 26 police officers injured in west Belfast violence
3 Covid-19 globally: Victoria, Australia, reports most deadly day
4 Are we really facing the death of the office?
5 Financial support for Kildare, Laois and Offaly should be considered, says Minister
6 Ten upgrades that will add value to your home and five that probably won’t
7 Gardaí cannot prosecute people who breach midlands movement restrictions
8 German nudist chases wild boar that stole laptop at Berlin lake
9 Three midlands meat plants with Covid-19 clusters defer reopening
10 Gardaí investigate after man’s body found in Dublin house
11 All eyes on Tenet, the spy movie with everything to prove
12 The MacCarthy family: Their father survived Dunkirk, Nagasaki and a torpedoed ship. Will their pub survive Covid-19?
13 Harry McGee: We are seeing the return of Straight-Talking Leo
14 Midlands lockdown Q&A: Firstly, is it a lockdown or not?
15 Review: Beautifully spiced Indian food in a smart room
16 Garda checkpoints in Kildare, Laois and Offaly as restrictions come into force
17 Inside the dog-trafficking trade: ‘After drugs, it’s guns, then pups’
18 Meet the Bearman of Buncrana: ‘I knew about Joe Exotic for years’
19 New Zealand marks 100 days without a case of coronavirus
20 Maureen Dowd: The hell that awaits a woman vice-presidential candidate
21 Dear Roe, dear Trish, dear John: Your thorniest sex, relationship and parenting problems
22 Labour Party stalwart Brendan Halligan dies aged 84
23 Meat plant clusters may be down to softly-softly approach
24 ‘It is soul destroying’: Kildare hotelier on calling guests to cancel
25 Covid-19: One more death and 174 further cases confirmed in State
26 Ecuador navy tracks huge Chinese fishing fleet near Galapagos
27 Trump signs executive orders for coronavirus stimulus
28 Tommy Meskill, 20: ‘Even at the age of 15 I felt a fear of recession’
29 The end of the universe? ‘It’s a fun thing to think about astrophysically speaking’
30 Simon Cowell in surgery after breaking back falling off bike
31 Murky world of international shipping behind explosion in Beirut
32 Max Verstappen stuns Lewis Hamilton to take Silverstone GP
33 Cambodia Bill to ban women wearing short skirts sparks outcry
34 Financial ombudsman warns consumers of attempted scam
35 Pat Hume: The woman who never gave up
36 Midlands lockdown: ‘Why shut down Offaly and leave Dublin open?’
37 'There is no way I would go' - Irishman in Malta cancels trip home as two weddings put off
38 Masks Q&A: Who has to wear them in shops and what happens if you don’t?
39 Irish in Australia: ‘We are in for a few hard years’
40 Berkshire Hathaway profits surge despite $10bn writedown
Real news has value SUBSCRIBE