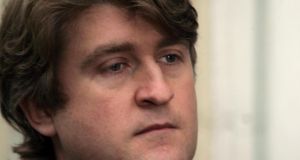 Tomorrow the President will convene the Council of State to consider the International Protection Bill. The Dáil considered only 16 of the Bill’s 81 sections and a quarter of the amendments proposed before it was “guillotined” – or debate was curtailed – and the Bill passed.

According to the junior minister who presented the Bill, the proposals it contained had been around the Department of Justice for 15 years. Yet it was rammed through the Dáil in 2½ hours. The Government adjourned the Dáil early the previous week on the basis there was no legislative business to discuss.

Normally a Bill of this import, where there is no emergency in rushing it though, would have a committee stage at which all sections and all amendments would be examined and voted on, to be followed some weeks later by a report stage where the Minister could consider the merits of the proposals at committee stage, even those she opposed.

On the same day, a Bill that reduces minimum apartment sizes was similarly guillotined. One year previously a Bill on Irish Water was guillotined, as was a Bill on the same issue a year before that. As a result, the Government’s policy on charging for drinkable water is incoherent and failed the European Union’s Eurostat test, compliance with which was a key objective of the legislation.

Such is the Government’s use of the guillotine that an observer might well think a revolution was under way – but hardly the “democratic revolution” heralded in the 2011 Programme for Government. That programme pledged to “restrict the use of guillotine motions and other procedural devices that prevent Bills from being fully debated, so that guillotining is not a matter of routine as it has become at present [under the Fianna Fáil-led government], particularly at the end of a session”.

While the economic turnaround that has been achieved during the lifetime of this Government has been remarkable, its promise to “enhance the democratic process” remains unfulfilled.

The Nyberg report into the causes of Ireland’s banking crisis, published as this Government assumed its mandate, concluded: “Widespread lack of critical discussion within . . . authorities indicates a tendency to ‘groupthink’; serious consideration of alternatives appears to be modest or absent. A tendency to favour silo organisation and submissiveness to superiors strengthened this effect, particularly among the public authorities.”

Those tendencies toward groupthink and submissiveness to superiors continue unchanged in Irish public life and governance structures and are exemplified by how the Dáil has performed, and been treated, under this Government.

In his recent letter to the president of the European Council on the key reforms he will seek in a renegotiation of the UK’s EU membership, David Cameron proposes to enhance the role of national parliaments, by proposing a new arrangement to allow them stop unwanted legislative proposals. This power is currently exercised by the European Council, where the governments of the 28 EU member states are represented. Such a proposal would be entirely meaningless in Ireland, since our parliament doesn’t even have an effective say over Irish legislation as it is.

In Westminster, from where we derive our parliamentary system, it is increasingly common for Cameron’s government to lose votes in parliament, as did his predecessors. Yet the sky doesn’t fall, nor chaos reign in the realm. The government merely submits to the democratic will of elected representatives, many from within its own parties who simply disagree with the merits of the proposal before them.

This can only result in bad law and flawed policies, effectively government by unelected officials with little democratic input or oversight. Legislative proposals are routinely killed off by the Attorney General’s advice to the Government, not the Oireachtas, which is supposed to be the exclusive lawmaking power in the State, yet cannot obtain its own legal advice or even examine the Attorney General’s advice.

Responses to parliamentary questions are frequently derisory and Leaders’ Questions is reduced to a schoolyard squabble.

This is taking place as the Government draws up a commemorative programme for 1916 and the War of Independence. It would do well to recall the Declaration of Independence of the First Dáil on January 21st, 1919, which proclaimed: “We ordain that the elected Representatives of the Irish people alone have power to make laws binding on the people of Ireland.”

Michael McNamara is a Labour TD for Clare