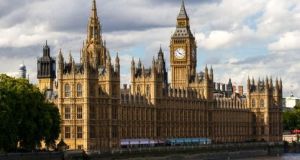 If a language Act is imposed by Westminster, as seems increasingly possible, would that not solve everything? Photograph: Getty Images

In the end the social policy border will have lasted four years and two months. That will be the length of time between the legalisation of same-sex marriage in the Republic in November 2015, and its scheduled legalisation in Northern Ireland in January 2020.

The same Westminster intervention will see abortion decriminalised in Northern Ireland this October, 10 months after it was legalised in the Republic, with new laws to follow next March. The North is likely to end up with a more liberal abortion regime than the South.