Law criminalising purchase of sex is in women’s best interests 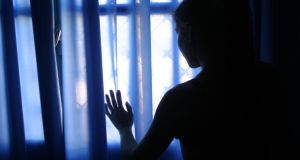 “Although every person’s entry into the sex trade is individual, we know only a small minority enter out of freedom of choice.”

The purchase of sex was made a criminal offence in 2017. The legislation has gender equality as its founding principle; recognising that buying women and girls to perform sex acts is a form of exploitation and formally recognising that sexual consent cannot be purchased, because a power imbalance is immediately introduced.

The equality model decriminalised those exploited in the sex trade and is designed to criminalise and target the criminal gangs, pimps and buyers. In 2012, gardaí testified to the Oireachtas justice committee that upwards of 40 criminal gangs were operating prostitution rackets in Ireland

Having first-hand lived experience of these people, I know their sole aim is profit, whatever the human cost. However, both logic and research tell us that disrupting demand reduces the trade in women and girls, including trafficking for the purposes of sexual exploitation.

Although every person’s entry into the sex trade is individual, we know only a small minority enter out of freedom of choice. The vast majority are women and girls who end up in the sex trade due to structural inequalities and a lack of choice. We also know that roughly nine in 10 of those sold and used in prostitution in Ireland are migrant women, the majority of whom have been coerced into the most dangerous and exposed conditions on the front line of the trade.

New legislation does not change society overnight, and in Ireland it’s still in its infancy. There is a need to be vigilant and monitor its implementation to ensure the spirit of gender equality underpinning the law is realised.

Those of us who campaigned for years to deliver new legislation did so to ensure that those exploited in the commercial sex trade would be protected, offered redress and provided with appropriate services and exit routes. Access to non-judgmental information and practical supports for those who wish to exit prostitution is imperative.

Some concerns have been raised about the reforms following the prosecution in June of two women working in prostitution for brothel-keeping. Critics have argued that the prosecution highlights the unworkable nature of laws criminalising the sex trade.

No woman exploited in the sex industry should face prosecution simply for seeking safety with other women in a shared premises (which in itself highlights the inherent dangers and violence associated with prostitution). We need to continue to work with those enacting and implementing the legislation to ensure the exploiters are the target and those exploited are protected.

The most recent data available from the Central Statistics Office shows a marked overall decline in criminal proceedings since 2010. The number of ‘recorded suspected offenders’ for incidents of brothel-keeping (as recorded by the gardaí) has fallen by 77 per cent, from 123 in 2012 to a new low of 28 in 2018.

In stark contrast to Ireland’s legislative approach to prostitution, the effects of decriminalisation of the whole sex trade have been experienced in Germany to the detriment of many sexually exploited women and girls. Their legislation has been in place since 2002, with slightly tighter regulations introduced in 2017.

Legalisation of the purchase of sex brings with it the message to buyers that they have a ‘right’ to buy sexual acts which pander to their wants guilt-free. It fosters grooming of children and increases trafficking to meet the increasing demand.

Successful implementation requires the State to fully support the gardaí with training in order to work with prostituted people to build up trust, as they play an integral part in the success of the law. Research from other countries where the equality model has been introduced (eg Sweden in 1999, Norway in 2009 or France in 2016) has seen many positive outcomes for women in prostitution when that relationship is a trusted and positive one.

In fact, agencies supporting women in prostitution report women’s increased confidence in the police authorities and liberty to report harm since the introduction of the new law.

In addition to the unique personal intrusion and harm, the risks prostitution carries are ones no one else would face in work: risk of violence, serious health implications, long-term traumatising impact. Studies show that the risk of developing post-traumatic stress disorder in prostitution is higher than or on par with that in war. This is at the heart of the 2017 Act and why we advocate for its continued, full and wise implementation.

Mia de Faoite is a survivor activist and representative of Turn Off the Red Light, which has 35 members representing a diverse range of civil-society organisations, including those supporting victims of sexual exploitation, trade unions, migrant organisations and rape crisis organisations

David McWilliams: The city car park is fast becoming a thing of the past

David McWilliams: The city car park is fast becoming a thing of the past

1 Late Late Toy Show: Music, tears, Tubridy’s F-bomb and €5m for charity. What a night!
2 Astronaut Chris Hadfield offers to ‘talk space’ with Adam from the Toy Show
3 Basic income for all: Has the Covid crisis given us a new economic model?
4 Best books for Christmas 2020: Fiction, biography, sport and kids’ books
5 'It just doesn’t feel safe': The restaurants that will not reopen in 2020
Real news has value SUBSCRIBE