How a united Ireland would work 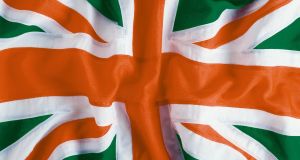 “There would be a Pandora’s box of symbolic issues, from flags to language, that could require negotiation.”

With the spectre of a new hard Border haunting the island, the recently dormant question of Irish unity has received renewed attention. Unification was a major issue in the recent Fine Gael leadership contest, Fianna Fáil have promised a White Paper, and Sinn Féin have again called for a referendum. The DUP’s support for Brexit and its customs and immigration restrictions – against public opinion in Northern Ireland – means we now require serious, long-term engagement with all parts of Northern society about the best shared future for the island. This must include thinking about how, if it were ultimately desired on both sides of the Border, a united Ireland could be constructed.

The Belfast Agreement envisages a united Ireland created through the passage of referendums on both sides of the Border. Beyond these mandates, there is no clarity about what would happen next. How would unification be executed? What would be the constitutional structure of a united Ireland? What negotiations and compromises might be necessary? We need look no further than the Brexit negotiations to see that popular will alone does not constitute a coherent plan.

1 ‘I never truly understood what community meant until I moved to Donnycarney’
2 Costa living: ‘Move home to Ireland? I’d hate it’
3 Anti-Irish bigotry in Britain has not gone away
4 Steve Coogan: ‘Come Out, Ye Black and Tans is two fingers to the British’
5 When the RIC opened fire on a crowd in Ennis during the Clare grain riots
6 England v Ireland preview: Ireland’s revival to face its sternest test
7 David McWilliams: Germany needs a new business model
8 Tyson Fury king of the world again after he stops Deontay Wilder in the seventh
9 Bernie Sanders cements lead in Democratic race after win in Nevada
10 Coronavirus: Almost 60 new cases recorded in Italy as two die
11 Ryanair’s Michael O’Leary under fire for comments on Muslim men
12 Is my drunken, abusive husband capable of change?
13 Would you kill one person to save five? Depends if you’re a millennial or not
14 Floods in the midlands: ‘If this was happening in Dublin it would be front-page news’
15 Pat Leahy: Fianna Fáil and Fine Gael will not crawl off and leave McDonald the stage
16 Fintan O’Toole: Irish voters' actions are not populist – just sensible
17 Archbishop: Sex abuse of women by L’Arche founder ‘reprehensible’
18 Sinn Féin to hold public meetings around country to rally support for government efforts
19 Easy homemade pizza for carnivores and vegans alike
20 30 great family holiday destinations in Ireland and abroad
21 Varadkar resigns amid warning impasse will hit the economy
22 ‘I wouldn’t be here without it’: The importance of exercise to teenagers
23 Blue Brexit passports made by European firm to be issued from next month
24 Make this Stepaside brunch venue part of your weekend plans
25 The view from Clondalkin: If Sinn Féin don’t get in, ‘there will be marches’
26 Paul Flynn: How to cook the perfect chowder – don’t use flour and keep it simple
27 Dancing With The Stars backstage: ‘I’d love to see Danny Healy Rae out there’
28 My husband is acting like an extra child in the family
29 Google completes purchase of Treasury Building for €120m
30 MV Alta: The unmanned voyage of the Ballycotton ‘ghost ship’
31 Welcome to my place . . . Venice
32 Lithuanian man given until midnight on Saturday to leave Ireland
33 ‘We would go back in a heartbeat’: Readers share their best family holidays
34 Martin Hayes: ‘Retirement is a terrible disaster if it’s something you love doing’
35 Six Nations - Ireland v England: TV details, kick-off time, team news and more
36 Who turned up to the Dublin casting call seeking ‘bone thin, amputees, crooked teeth’?
37 French new wave stay on course for Grand Slam
38 Medical Council makes fresh finding against obstetrician Peter Van Geene
39 Crowning Glory: Three pivotal Ireland games at Twickenham
40 Fintan O’Toole: Trial runs for fascism are in full flow
Real news has value SUBSCRIBE