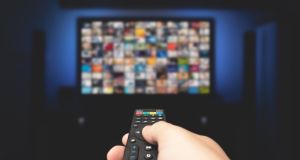 Ireland and the UK have strict rules on impartiality, fairness and accuracy in broadcast, unlike in the US. Photograph: iStock

On election night in November, when Fox News called Arizona for Democrat Joe Biden before any other major network it marked a turning point. It took nine more days for CNN and NBC – far less hostile to Biden than Fox – to make the same call. By November 7th, Fox declared total victory for Biden, from then on referring to him as “president-elect”.

It seems a small ask of a major broadcaster to adhere to the facts. But Fox has long established itself as somewhat of an outlier. Without the broadcaster it is doubtful Donald Trump would have achieved such profound reach: prior to his election in 2016, Fox gave airtime to his Obama-birtherism conspiracy; and throughout his tenure in the White House the network legitimised his creative relationship with the truth, and aided in radicalising swathes of the American electorate.

6 ‘We should have done better’: Cillian de Gascun, Paul Reid and Stephen Donnelly look back

12 Wood burning stoves: The inconvenient truth about the homely heater

13 David McWilliams: Why Ireland will recover faster than others

17 Six Nations: Time for Ireland to deliver in style against Italy

20 Kate Winslet: ‘I shouldn’t have worked with Woody. I’ll always grapple with that regret’

21 Michael Walker: Why Marcelo Bielsa is manager of the season so far

22 Matt Williams: Offloading skill has been obliterated from this Ireland attack

23 Dublin’s suburbs are ‘buzzing, thriving’. Well, some of them are

24 Paul Flynn: Three satisfyingly simple dishes that anyone can cook

27 Social Democrats to explore options for growth in Northern Ireland

29 LeBron James tells Zlatan Ibrahimovic: ‘I will never shut up’

32 Deaths of three brothers near Mitchelstown investigated by gardaí

34 Cliff Taylor: Finding an Irish solution to our Covid-19 problem

36 ‘We can’t just dump our rubbish in the gorden. It’s the Vico Road – there’ll be meetings’