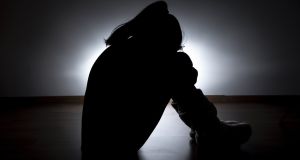 Female Genital Mutilation or Cutting refers to the ritual of cutting or removing some or all of a female’s external genitalia for non-medical reasons. It is usually carried out before puberty and sometimes as young as 12 - 24 months. The origins of the practice include a mix of cultural, religious and social factors within families and communities. However, the majority of the beliefs are based on myths and misinformation. The practice predates the organised religions we know today (it’s over 5,000 years old). Fundamentally, the practice is about controlling women.

Last December, a jury of eight men and four women found a married couple guilty of allowing the practice on their young daughter, aged two years. It was the first trial and conviction for Female Genital Mutilation (FGM) in Ireland since it became illegal in 2012.

Today, on January 27th, the married couple were sentenced. Judge Elma Sheahan sentenced the child’s father to five and a half years imprisonment and her mother to four years and nine months imprisonment.

Since the passing of the Criminal Justice (Female Genital Mutilation Act) 2012, little further progress has been made on the issue of preventing FGM and supporting survivors, to follow through on the legislation and prioritise practical actions to support the elimination of FGM .

The Nairobi Summit, which took place in November 2019, was a high level international intergovernmental conference which sets out commitments to the empowerment of women and girls. On behalf of the Irish Government, Minister Katherine Zappone committed ‘to fostering collaboration between networks, to inform and train Garda members, to develop and implement education and public awareness campaigns among all health professionals and communities affected by female genital mutilation (FGM) and to provide training to increase the knowledge and competence of healthcare providers.’

These were very welcome and much needed public commitments. We now urge the incoming Government to follow through on these commitments, as a matter of urgency.

FGM is a global issue and in Europe alone nearly 350,000 girls are at risk. While essential, legislation banning FGM cannot alone end the practice. To protect girls, we also need investment, including engagement with communities. The other major issue we encounter is a requirement to provide training for frontline professionals.

Based on our collective expertise and experience, we are advocating for the implementation of a national action plan on FGM, to be developed by a coordinated interagency working group comprising of relevant government departments and state agencies together with civil society and representatives from the affected communities. This would align and follow through on the commitments made by Minister Zappone in Nairobi last November.

When we talk about FGM, we must remember that victims of the practice are among the most vulnerable people in our society - they are children, women and very often they are migrants. The hidden nature of FGM, the fact that it involves women and girls’ private body parts makes it very hard to detect. There remains much stigma associated with FGM, thus compounding the vulnerability of those most at risk.

Organisations working to the fore on FGM in Ireland note how the majority of victims or those at risk are from migrant communities. This poses additional challenges in the identification of victims and in offering support due to the marginalisation of migrant women and children and the barriers they face in accessing supports.

Sadly, our state has a dark history of confining and stigmatising women and girls. We must prevent history from repeating itself. We must ensure that government prioritises the needs of our most vulnerable with care and compassion.

We are asking for a commitment from the incoming Government to the women and girls who have survived this human rights abuse and to those who are still at risk and vulnerable. Putting a National Action Plan in place would signal decisive action to fight FGM and send a message that violence against women and girls will not be tolerated by Ireland, and that we stand with the communities affected.

Siobhán McGee is CEO of ActionAid Ireland. Salome Mbugua is Head of Operations at AkiDwA. Both are members of the National Steering Committee on FGM a coalition of NGOs and partners committed to ending the practice in Ireland.

1 Harris agrees with PSNI that army council still oversees Sinn Féin and IRA
2 Drug dealer loses codes for €53.6m bitcoin accounts
3 A Dad with brain cancer: I was given 18 months to live, it put things into perspective
4 ‘How can we torment a bunch of millennial snowflakes and get away with it?’
5 The close links between Sinn Féin and IRA untangled
Real news has value SUBSCRIBE