The Irish Times view on Sinn Féin and the PSNI: McDonald’s mis-step 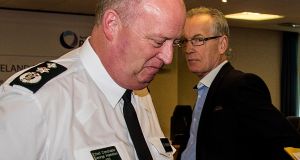 Sinn Féin leader Mary Lou McDonald should find a way to walk back her claim that nobody within the Police Service of Northern Ireland (PSNI) is fit to take over the position of chief constable.

She was strongly rebuked on Tuesday by the current chief constable, George Hamilton, who accused her of poor leadership. The Policing Board is seeking legal advice on the implications for the selection process while the North’s Equality Commission has raised concerns about fair employment and recruiting in a non-discriminatory way.

The furore arose after McDonald met senior PSNI officers more than a week ago to discuss the failure of the police service to disclose “significant, sensitive information” about killings during the Troubles.

The Sinn Féin leader was quite entitled to criticise the PSNI in the strongest possible terms for this failure, but she overstepped the mark by concluding from it that nobody in the force was fit for the top job. She may have compromised the interview process too.

McDonald herself should now clarify her remarks to take the heat out of the situation and ensure that the interview process is accepted as legitimate by all shades of opinion.

The replacement of the RUC by the PSNI was one of the bedrocks of the peace process. It is vitally important for the future of Northern Ireland that the confidence and good will which the PSNI has generated is maintained and developed.

PSNI members have been the target of terrorist attacks by republican dissidents precisely because the force is a bulwark for peace and stability. It is appropriate to hold it to account but politicians should ensure ill-judged comment does not contribute to undermining its authority.