The Irish Times view on Dáil Covid-19 committee: An important test of parliament 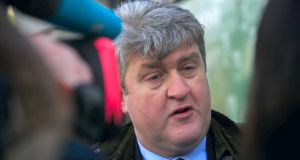 The establishment of the Dáil Covid-19 committee is an important development in democratic accountability given the political vacuum that has left the State without a government at a time of unprecedented national challenges. It offers some reassurance that the official response to the health emergency will be subject to proper public scrutiny while the process of government formation continues.

The 19-member committee met for the first time yesterday and elected Independent Clare TD Michael McNamara as chairman. It was a positive sign that the process took place without rancour and there was unanimous backing for McNamara following the defeat of Sinn Féin nominee David Cullinane. Hopefully this is an indication that the committee will live up to its responsibilities to fairly scrutinise and review the actions of the Government, State authorities and other agencies in dealing with the coronavirus pandemic without descending into party-political point-scoring or grandstanding. The reputation of Oireachtas committees has taken a hammering in recent years with the publicity seeking antics of the Public Accounts Committee, in particular, dragging the whole system into disrepute.

After his election, McNamara expressed the hope that the committee would operate in a collegial manner. He set a good example by abstaining on the vote for his rival and Sinn Féin reciprocated by accepting his nomination without a vote once their own candidate had been defeated. This is an encouraging sign that the members of the committee are serious about their work but only time will tell whether they are capable of putting party considerations aside.

Following the selection of the chairman the rest of the first meeting was held in private as the committee deliberated at some length over its work programme. It agreed to meet for three two-hour public sessions next week. The first two will involve the chief medical officer, Dr Tony Holohan, the secretary general of the Department of Health, Jim Breslin and HSE chief executive Paul Reid, who will deal with testing and tracing and the situation in nursing homes. There will then be a session on the reopening of the construction industry, which will hear from representatives of the industry and the trade unions. The questioning of those witnesses will be an important test for the committee.

It was interesting in the light of the ongoing political manoeuvring on the formation of government that the members of Fine Gael, Fianna Fáil, the Green Party, Labour and Social Democrats were able to come together to defeat the Sinn Féin nominee and endorse the election of McNamara. It shows that TDs are capable of acting decisively when the occasion demands. The sooner they show the same sort of resolve in forming a government the better.