The Irish Times view on Cruinniú na nÓg: the artist in every child 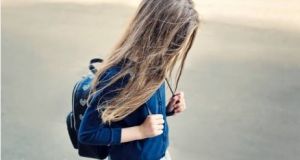 As recently as 2016, an Arts Council/ESRI study found that children from disadvantaged backgrounds are less likely to engage with artistic expression. File photograph: Getty

Picasso once made the point that “every child is an artist, the problem is staying an artist when you grow up”. Last year, as part of its Creative Ireland programme, the Government initiated a national day of creativity for young people. Today marks the second year of Cruinniú na nÓg and a host of free events will take place around the State, in addition to which a new children’s festival, Right Here Right Now! will be inaugurated in The Ark in Dublin.

The United Nations Convention on the Rights of the Child, which Ireland ratified in 1992, recognises the entitlement of children to “participate fully in cultural and artistic life”. We can hardly claim that this has been granted to every schoolchild. It is now 40 years since the Benson report recommended a more consolidated role for the arts in Irish education; it has taken that long for policy makers to recognise the the arts as vital to a well-rounded education.

Although Arts Council initiatives such as the Writers in Schools programme and its support of the Ark as Europe’s first custom-built children’s cultural centre were key developments, it was not until the Arts in Education Charter was agreed by the departments of arts and education in 2012, that a more coordinated policy to “enable the creative potential of every child” was formulated. There may not be much empirical evidence to demonstrate the societal or educational benefits of greater access in the classroom and beyond it, but such access at a young age, as well as fostering creativity, has the potential to build a future audience that will be more inclusive.

As recently as 2016, an Arts Council/ESRI study found that children from disadvantaged backgrounds are less likely to engage with artistic expression. Reduction of this inequality could be achieved by the proposal contained in this newspaper’s No Child 2020 project that a “culture card” be issued to all under-18s to allow them greater opportunity to experience a cultural life. This weekend’s festivities are one further step towards the kind of access to the arts our children deserve and are entitled to.