Today’s television sex is far too polished and sophisticated 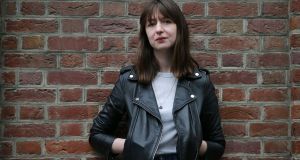 It is perhaps fitting that we are currently being subjected to an abundance of sex on screen as today marks the 100th anniversary of the birth of Oliver J Flanagan, the colourful and controversial Fine Gael TD who made the most famous pronouncement on sex in Ireland. Reacting to the Late Late Show’s perceived pushing of boundaries in 1966, he declared: “Sex never came to Ireland before Telefís Éireann went on the air.”

Flanagan was sort of correct. As pointed out by Ken Gray, the television critic of The Irish Times at that time, it was “not that there was no sex in Ireland before television, but that there might as well not have been because nobody talked about it publicly and intelligently”.

1 ‘Summer is not lost’ - Taoiseach announces accelerated easing of coronavirus restrictions
2 California police fatally shoot 22-year-old man on knees with hands up
3 Coronavirus: People to be allowed to travel anywhere in their county from Monday
4 Covid-19 restrictions: What you still can’t do this weekend
5 Unlocking Ireland: What exactly will happen in reconfigured phase two on Monday?
6 Donald Trump is in trouble, and that could spell very bad news
7 Coronavirus: Seven more deaths in the State and 28 new cases confirmed
8 Irish in New York: City ‘looks and sounds like a war zone’
9 Passengers face queuing in car parks at Dublin Airport
10 Tyrone midwife on the cover of Vogue magazine
11 Meghan Markle makes impassioned and moving plea on George Floyd killing
12 Irish fears for Brexit talks if Hogan gets top WTO job
13 Stephen Collins: FG and FF seem oblivious to the daily SF assault they suffer on social media
14 Student accommodation sector set for harsh Covid-19 lesson
15 Twitter ordered to reveal who is behind parody Fastway Couriers account
16 ‘Get the eff out of this country’: Irish racism, as heard on Liveline
17 Robbie Lawlor ‘met by a gunman’ when he attended Belfast appointment
18 Trump under fire from US military after troops threat
19 The Gaeltacht was basically a sex camp established by Éamon de Valera
20 Covid-19: Wage subsidy and unemployment payment extended to end of summer
21 Major credit union plans to limit savings accounts to €40,000
22 Penneys will not reopen on Monday despite expected changes to lockdown rules
23 Samoan rugby team’s nightmare journey home now 104 days long
24 Policing Authority says some gardaí reluctant to arrest for domestic violence
25 Outdoor children’s playgrounds set to reopen from Monday
26 ‘No significant progress’ on Brexit deal, says Barnier, as round of talks ends
27 Locked down but looking up: What is in the night sky this June?
28 Backers agree new $60m investment in Limerick aviation lessor
29 Cate Blanchett has chainsaw accident at manor-house home during lockdown
30 Confirmed: Opening Premier League fixtures and 33 free-to-air games
31 Maisie Byrne obituary: Kind family woman with a wicked sense of humour
32 Brother is dragging his heels as executor of uncle’s will - is there anything I can do?
33 Remote working: Ending the lunacy of pointless commutes
34 Tesla’s Elon Musk calls for breakup of Amazon in tweet
35 Bad posture working from home easy to acquire
36 Anger after police in Buffalo, New York, shove man (75) to ground
37 Fixer-upper Gothic castle to call your own for €2.75m
38 O’Doherty and Waters ordered to pay legal costs of case against State over Covid-19 laws
39 Madeleine McCann suspect investigated over missing German girl
40 A classic white and one of my favourite reds, each for €11 or less
Real news has value SUBSCRIBE