Criticising Israel is not the same as being anti-Jewish 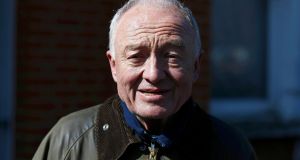 The recent calls to expel former London mayor Ken Livingstone from the British Labour Party have created a worrying alliance between those who use accusations of anti-Semitism to silence critics of Israel and those who use them to attack supporters of the Labour leader, Jeremy Corbyn. The calls for his expulsion came after Livingstone said in a BBC interview that Hitler had supported Zionism “before he went mad and ended up killing six million Jews”. The claim itself was clumsy but based on historical fact – Hitler originally sought to expel rather than exterminate European Jews. As part of this, he negotiated the Haavara Agreement with Zionist organisations which allowed some Jews to escape to Palestine with some of their property in return for Zionist opposition to the global boycott of German goods. This was hardly “support for Zionism”, but Livingstone’s critics went further with fellow Labour MPs accusing him of anti-Semitism.

In response, Livingstone cautioned against “confusing criticism of the Israeli government policy with anti-Semitism”, and defended Corbyn, who had been accused of not taking firm enough action against anti-Semitism in the party, which, he said, was part of a smear campaign against the party leader.

1 Mary Trump: The inside story of why she wrote a tell-all memoir
2 SDLP acknowledges ‘immense hurt’ after councillors oppose ‘Omagh’ extradition
3 Land Rover lookalike Ineos Grenadier revealed
4 Sweden’s grim Covid-19 result: More death and nearly equal economic damage
5 Paschal Donohoe’s election as Eurogroup president ‘a great win for Ireland’, says Taoiseach
6 The more London’s lockdown eases, the clearer the crisis becomes
7 Covid-19: Cases increasingly occurring among young people, officials say
8 Yellowstone: Kevin Costner looks like he’s just stepped on something sharp
9 Kanye West to run for president? Welcome to weirdsville, US
10 ‘A new lockdown in Melbourne has shattered our spirits’
11 Land Rover Defender: A reboot that lives up to the hype
12 Fauci says some US states should consider shutting down again
13 Newton Emerson: Funeral raises questions over how much SF president McDonald is in charge
14 Donald Trump is an amateur populist – the real trouble is yet to come
15 Funding package planned to help schools reopen ‘as fully as possible’
16 Why does philosophy have a problem with race?
17 Warning of serious brain disorders in people with mild coronavirus symptoms
18 The Irish Times view on Sweden’s laissez-faire approach to Covid-19
19 Dublin man caught with child porn by undercover FBI agent is jailed
20 Dave Hannigan: Notre Dame’s Fighting Irish leprechaun needs its ass kicked
21 Gardaí investigate allegation of rape in direct provision centre
22 Mother and five children sleeping in car while seeking accommodation
23 Dispute over two uninsured horses worth up to €4.5 million comes before High Court
24 Covid-19 fatalities in convent highlight need for review, researchers say
25 Work on children’s hospital halted over Covid-19 costs stand-off
26 Melania Trump: ‘A sphinx with a rubber eraser in place of a tail’
27 Johnny Depp trial: The hidden benefit of celebrity domestic violence allegations
28 Paschal Donohoe elected president of key euro-zone body
29 Mary Trump’s book: Eight of its most shocking claims about the US president
30 Varadkar accused of naivety over ‘Covid penalty’ on mortgage holders
31 Ex-associate of crime kingpin Brian Rattigan targeted in Garda raids
32 ‘Prepare for January’: European Commission warns as Brexit trade talks stall
33 Keanu Reeves: ‘Grief and loss are things that don’t ever go away’
34 Amy Schumer, in tears: ‘I know how I am. No one else can deal with it’
35 Finding the Way Back: A career-best performance from Ben Affleck
36 Meet the new Irish Times restaurant critic
37 Naomi O’Leary: Ireland’s travel policy curbed by Britain
38 Depp may have severed own finger, according to email to doctor, court told
39 August: An extraordinary debut novel about ordinary life
40 It's time to wave goodbye to single-sex schools
Real news has value SUBSCRIBE