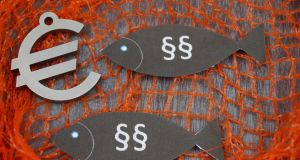 Europe also faces decisions; and none is trickier than on fish.

You would be loath to say a “crucial week” in the Brexit talks is looming. We have, after all, been here a few times before. But with the United Kingdom due to leave the European Union trading regime by the end of December, time is running out, especially given the need to get the deal ratified by member states.

Maybe there can be some wheeze to let the process run on a bit longer, but probably only if there are signs of progress. The EU awaits a signal from 10 Downing Street, where British prime minister Boris Johnson has a decision to make.

Europe also faces decisions; and none is trickier than on fish. As keen observers note, this is the one area where the EU could face political divisions over how to divide up a smaller pie in whatever deal emerges. The UK knows this and will extract as high a price as it can for any concessions over access to its waters. The EU also knows this, but only wants to pay the bill once.

There are potential gains to the United Kingdom industry in getting a bigger share from its own waters, but it also needs access to the European Union market

Fishing may not make up a large proportion of gross domestic product, but for coastal towns in France, the Netherlands, Ireland and the UK it is everything. If EU chief negotiator Michel Barnier is going to face a difficulty in keeping his side together it will be here, with sensitivities on all sides, especially in France, where French president Emmanuel Macron faces into an election next year. Barnier carefully briefed coastal EU states on Friday, sketching out a possible reduction in the the bloc’s catch in UK waters.

Devil in the detail

Some reduction in the European Union catch in United Kingdom waters was always going to happen as part of Brexit – hence the political problem. Another key issue is that the UK is demanding that any fisheries deal be reviewed every year – which the EU says would carry too much uncertainty for its fleet. The final compromise, if there is to be one, was for the European Union to give ground on fish and the UK to move closer to the bloc’s demands on fair competition after Brexit – the so-called level playing field – and legal methods to enforce any deal.

The vital factor for Irish fisheries, which relies on UK waters for catches of mackerel, prawn and other species would be the details of any deal. Fisheries is covered by rules on access to water – some dating back many years – and annual quotas. Mackerel that spawn off the Irish west coast would often be fished in UK waters further north, for example.

For the United Kingdom, meanwhile, while chief negotiator David Frost on Friday tweeted about the need to respect British sovereignty, including “controlling our fishing waters” the reality is complicated too. Half of the existing UK quota has been sold to foreign boat owners and a lot of what the United Kingdom catches is exported, meaning UK consumers depend on imports.

There are potential gains to the United Kingdom industry in getting a bigger share from its own waters, but it also needs access to the European Union market. Under the Common Fisheries Policy the fleet from countries apart from the UK take some 60 per cent of the fish from United Kingdom waters. The key issue is not only how much more of this fish the UK will be able to catch, but what species are involved and in what fishing grounds. In turn this detail is vital for the Irish fleet and that of other European Union countries. Some compensation measures on the EU side may well be needed.

For Ireland, despite all our diversification of exports, the UK remains a vital market for the more traditional, Irish-owned sectors, particularly food and for small to medium-sized enterprises

The question is whether this can be the key to unlock an overall deal and give Johnson the cover to sign up to EU demands in the other key outstanding areas. This may well be more about style than substance; about giving the UK a “victory” rather than something that will transform the future of ports like Hull and Grimsby in the north of England. But first Johnson has to decide whether he wants to play the game at all. Does he see a deal being to his political advantage?

A deal is clearly the economically better outcome for both sides. The UK’s exit from the EU single market and customs union is going to be disruptive and costly whatever happens now. However if there is no trade deal, the imposition of tariffs – import duties – on trade between the European Union and United Kingdom would increase the costs and disruption. Moreover, there is also the longer-term political cost in terms of relations with the EU.

Deal or no deal?

For Ireland, despite all our diversification of exports, the United Kingdom remains a vital market for the more traditional, Irish-owned sectors, particularly food and for small to medium-sized enterprises. A UK exit without a trade deal would, in general, hit parts of the economy less affected by the Covid-19 crisis. It would put the beef industry in intensive care, alongside coronavirus victims like hospitality and travel. Official figures indicated a no-deal departure could knock 3 percentage points off our gross domestic product growth rate next year.

Ireland would also worry about the political fallout. The Northern Ireland protocol, designed to avoid a hard Irish border, is due to apply whether there is a trade deal or not and the UK has signed up to this. But the Johnson government has already threatened to break some of its commitments on the protocol and who knows how this would play out in a no-deal scenario. The regular pronouncements from president-elect Joe Biden on the need to keep the Irish Border open may well have followed some nudging from Dublin.

And now we really seem to be coming down to the wire. Will there be a deal? Will there be another breakdown beforehand? Or will time simply run out? I’m not sure we are at the final vital moment yet, but it can’t be far away.