Eamonn McCann: ‘There’s the connection, the tradition coming down, the river ever flowing, the women marching, marching’

Every week we put a question to one of our columnists. This week we ask Una Mullally, why do we need International Women’s Day? Have your say. 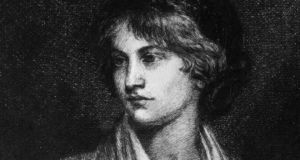 Mary Wollstonecraft: “How many women thus waste life away, the prey of discontent?” Image: A drawing by A S Merritt after the painting by Opie. (Photograph by Hulton Archive/Getty Images) 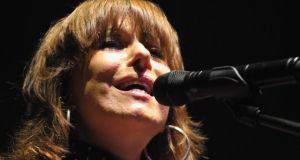 ‘What makes Chrissie Hynde particularly relevant within the octave of International Women’s Day is that once when asked to list her inspirations, the first name she came up with was Mary Wollstonecraft.’ Photograph: RICHARD A. BROOKS AFP

Chrissie Hynde, 63, is effortlessly cool and has one of the best rock and roll voices ever. What makes her particularly relevant within the octave of International Women’s Day is that once, when asked to list her inspirations, the first name she came up with was Mary Wollstonecraft.

Wollstonecraft might reasonably be regarded as the founder of the modern women’s liberation movement. In 1792, she published A Vindication of the Rights of Women, responding to Thomas Paine’s Rights of Man, published the previous year: “How many women thus waste life away, the prey of discontent, who might have practised as physicians, regulated a farm, managed a shop and stood erect, supported by their own industry, instead of hanging their heads surcharged with the dew of sensibility that consumes the beauty to which, at first, it gave lustre.”

Wollstonecraft died in 1797, the year Sojourner Truth was born in Ulster County, New York, a slave, property of Col Johannes Hardenbergh. She never learned to read or write. She was sold to four other owners until, in 1826, she walked away to freedom, carrying her infant child, Sophia. She became a close associate of the abolitionist Frederick Douglas and one of the great 19th-century fighters against slavery and the oppression of women.

In September 1851, she delivered the keynote address at a women’s rights convention in Akron, Ohio: “That man over there says that women need to be helped into carriages, and lifted over ditches, and to have the best place everywhere. Nobody ever helps me into carriages, or over mud puddles, or gives me any best place! And ain’t I a woman? Look at me! Look at my arm! I have ploughed and planted, and gathered into barns, and no man could head me! And ain’t I a woman? . . . I have borne 13 children, and seen most all sold off to slavery, and when I cried out with my mother’s grief, none but Jesus heard me! And ain’t I a woman?”

Six years later, on March 8th, 1857, the slogan “Ain’t I A Woman” was carried by striking women textile workers in New York. The anniversary of the demonstration was marked half a century later, in 1908 in New York, by a 50,000- woman march for pay, the franchise and an end to child labour. They summed up their demands as “bread and roses”. The slogan inspired a poem by James Oppenheim.

Oppenheim’s poem, set to music, became the marching song of garment workers in Lawrence, Massachusetts, who, organised in the Industrial Workers of the World (the “Wobblies”), came out in 1912 for higher wages and union rights: “As we come marching, marching in the beauty of the day/A million darkened kitchens, a thousand mill lofts grey/Are touched with all the radiance that a sudden sun discloses/As the people hear us singing: Bread and roses! Bread and roses! . . . As we come marching, marching, unnumbered women dead/Go crying through our singing their ancient cry for bread/Small art and love and beauty their drudging spirits knew/Yes, it is bread we fight for, but we fight for roses, too! . . . Our lives shall not be sweated from birth until life closes/Hearts starve as well as bodies: Bread and roses! Bread and roses!”

One of the union organisers in Lawrence was 21-year-old Elizabeth Gurley Flynn, the “Rebel Girl” of Joe Hill’s song, daughter of Tom Flynn and Annie Gurley, of immigrant families from Mayo and Cork respectively. A fighter for women and the working class, she told a strike rally: “The queen of the parlour has nothing in common with the maid in the kitchen; the wife of a department store owner shows no sisterly concern for the 17-year-old girl who finds prostitution the only door open to a $5-a-week wage clerk. The sisterhood of women, like the brotherhood of men, is a hollow sham to labour. Behind all its smug hypocrisy and sickly sentimentality are the sinister outlines of the class war.”

A hundred years after Truth’s speech, in 1951, also in Akron, Ohio, Hynde was born. She attended Kent State University, was an anti-war activist and a friend of Jeffrey Miller. An iconic photograph shows another student kneeling over Miller’s body, gunned down by a National Guardsman while protesting against the invasion of Cambodia.

Hynde’s song for Miller, Revolution, was included on the Pretenders’ wonderful 1994 album Last of the Independents: “When we watch the children play/ Remember how the privileged classes grew/And from this day, we set out/To undo what won’t undo/Looking for the grand in the minute/Every breath justifies/Every step that we take to remove what the powers that be can’t prove/The children will understand why/I want to die for something/Bring on the revolution/ Don’t want to die for nothing/Bring on the revolution”.

There’s the connection, the tradition coming down, the river ever flowing, the women marching, marching.